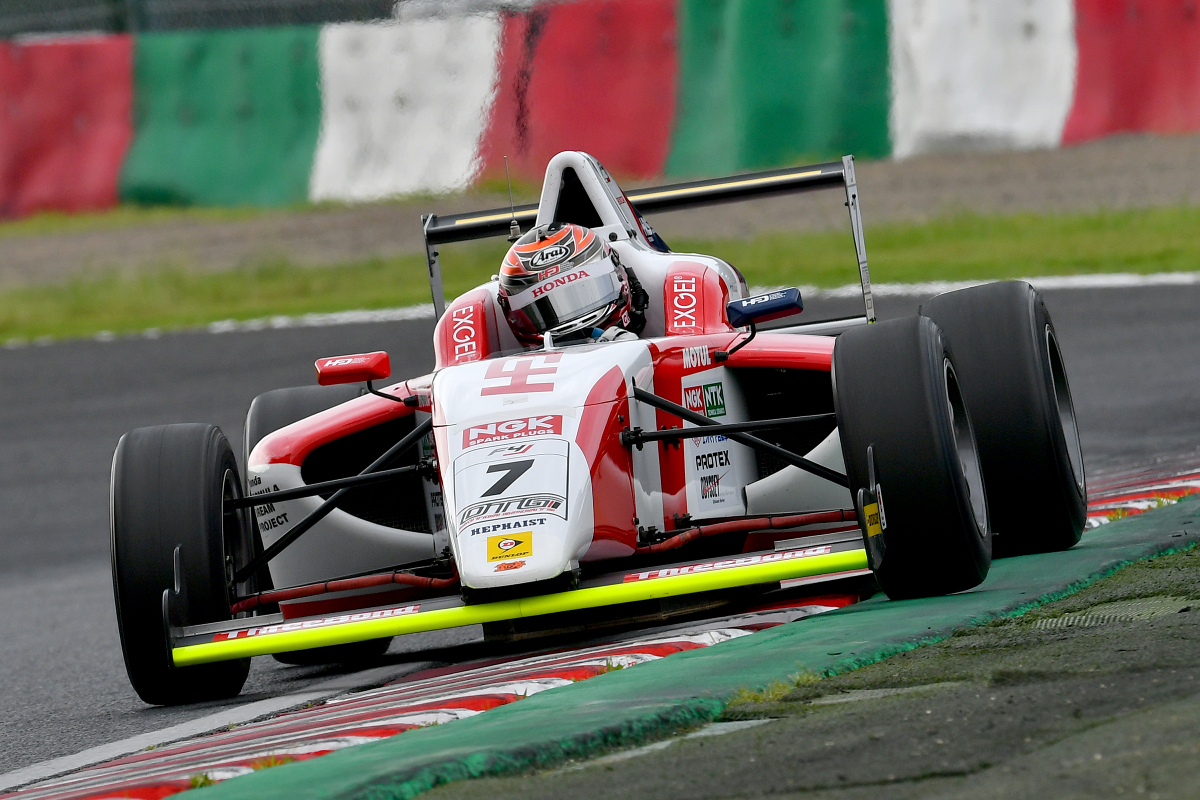 A 38-car grid meant qualifying was split into two groups, and Mitsui was fastest overall in his group to take pole for race one then repeating the feat for race two.

A strong start meant he was able to cover the inside line into turn one on the opening lap of race one, as Rin Arakawa passed Syun Koide for second place. The action was neutralised once the field reached the hairpin as Shion Tsujimoto and Daitetsu Ueno collided.

Racing resumed on lap four of 11, and Koide reclaimed second place with a brave move around the outside at 130R. Mitsui could not break away but has just enough of a gap to not feel pressured by the two drivers behind before the safety car came out for a second time as “Syuji” has a huge crash at 130R.

Mitsui handled the restart well, initially escaping Koide. However with the use of the slipstream he was able to close in on the leader and attacked into 130R on lap nine but could not find a way through. The pair ended up finishing 0.846 seconds apart, with Arakawa beating Rikuto Kobayashi to third place by 0.382s.

There was lots of jostling behind, with Takuya Otaki being demoted from seventh to 10th late on by a Jin Nakamura pass and then a three-wide moment with Bionic Jack Racing’s drivers.

Race two ran fairly similarly, as Mitsui made a strong enough launch to cover the inside at turn one and avoid being attacked while Arakawa cleared Koide who – who then ran side-by-side with Kobayashi through the first sector.

This time the first safety car period came as drivers crashed at the end of lap two and also at the beginning of lap three. Hikaru Jitosho spun at the final chicane, Dragon and Makio Saito crashed out at 130R, while Otaki spun at turn three and caused several other drivers to go off.

Racing resumed on lap six and it was not until the end of lap eight that Koide reclaimed second as he dived down Arakawa’s inside at the final chicane. He ran too deep, Arakawa got back through but then he passed him again at turn one.

Kobayashi could then attack Arakawa, but he ended up being passed for fourth by Nakamura while even more frantic wheel-to-wheel fighting took place behind.