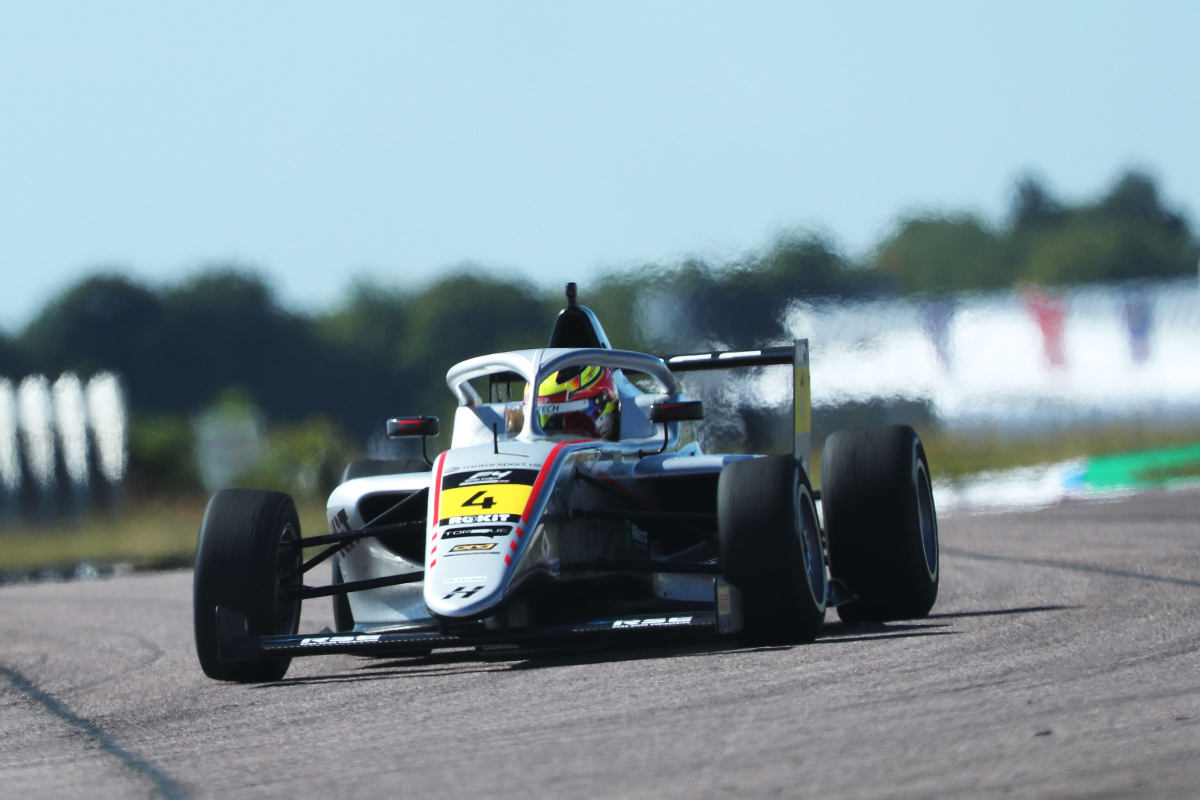 Stewart locked up a number of times in the final laps, but managed to keep control of his car and took the chequered flag just 0.190 seconds ahead of his Hitech GP team-mate.

Stewart got a good start from pole, while Coseteng jumped Adam Fitzgerald at the start. The two were soon joined by Daniel Guinchard, then broke away from the rest of the field.

Coseteng and Guinchard kept the pressure on Stewart, but couldn’t find a way past.

Behind them, Joseph Loake came through to fourth, having dived past Louis Sharp when the latter locked up attempting a move on Fitzgerald. There was a significant gap to Guinchard ahead, but Loake rapidly closed in.

By the end of the race, it was a four-car train for the race lead. Despite the lock-ups, Stewart had enough to hold off Coseteng and Guinchard.

Behind them, some strong defence from Fitzgerald earned him his best result of the season in fifth. Ollie Gray picked up sixth, ahead of Sharp.

It was a difficult race for championship leader Alex Dunne. He was battling Fitzgerald inside the top 10 when he spun and dropped to the back of the field. He was able to recover to 10th, but wouldn’t score any points from the race.

His title rivals Aiden Neate and Ugo Ugochukwu however only finished seventh and eighth, meaning they only scored two points and one point each respectively.

Georgi Dimitrov also ran into trouble with an incident late on and came to a stop off track.