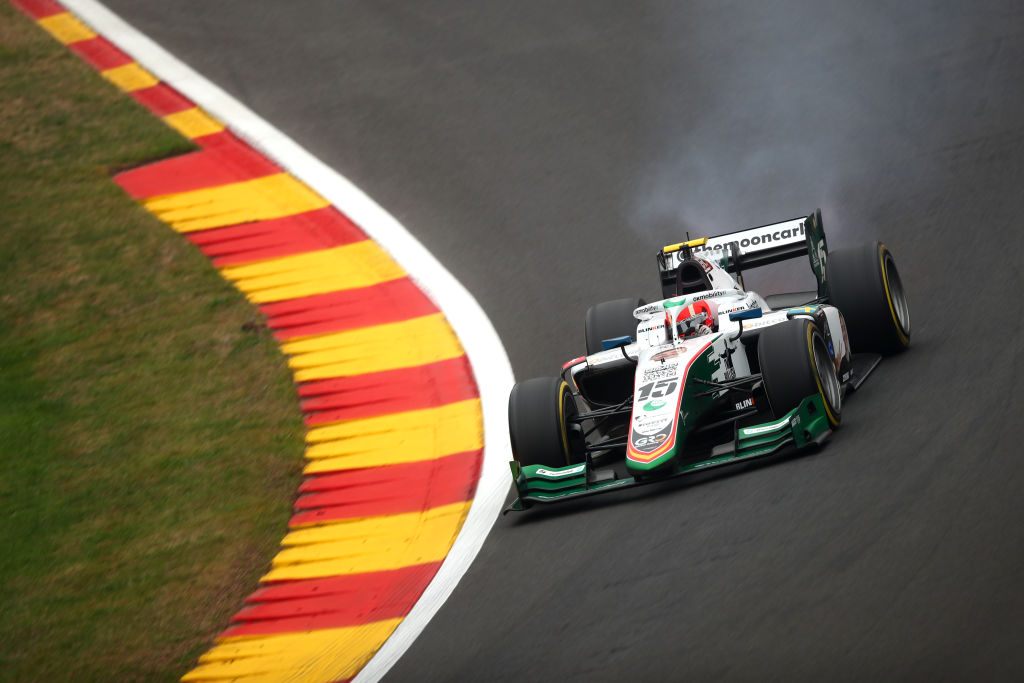 As he returns to the Formula 2 cockpit at Spa-Francorchamps, Ralph Boschung has told Formula Scout that his race fitness is still only at “seven out of 10”.

Going into the weekend, he had admitted that a recurrence of the neck pain that has afflicted his season could even signal the end of his racing career completely, with the physical demands of the Spa, in particular the compression of the descent to Eau Rouge and rapid ascent through Raidillon, imposing additional stresses.

Fortunately, the signs after Friday’s qualifying appear positive. Boschung told Formula Scout that his neck had held up significantly better than expected, although he acknowledged that the demands of a full race distance may be more of a test of his recovery. Having qualified 10th on his return, Boschung will therefore start Saturday’s sprint race on reversed grid pole.

The Swiss made a strong start to the season, including a podium in the feature race at Imola. However, after suffering neck pain after that race, he has been forced to withdraw from all races since except for a one-off reappearance at Baku.

He also explained that, having not raced in two-and-a-half months, more work is needed to improve his overall fitness level.

The decision for Boschung to return to F2 this weekend despite his ongoing injury was taken jointly with his Campos Racing team, his management and sponsors. With only four rounds remaining of the season including Spa, Boschung is aware that he needs to prove to teams, potential sponsors and primarily himself that he is able to compete at the necessary level.

“In the past, I was always fighting budgetary issues, and now, when I have the funding from sponsors to race, I may not be able to do so because of my neck,” Boschung said to Formula Scout in the paddock.

“The worst was not knowing whether or even if I will be able to come back [at 100% fitness].”