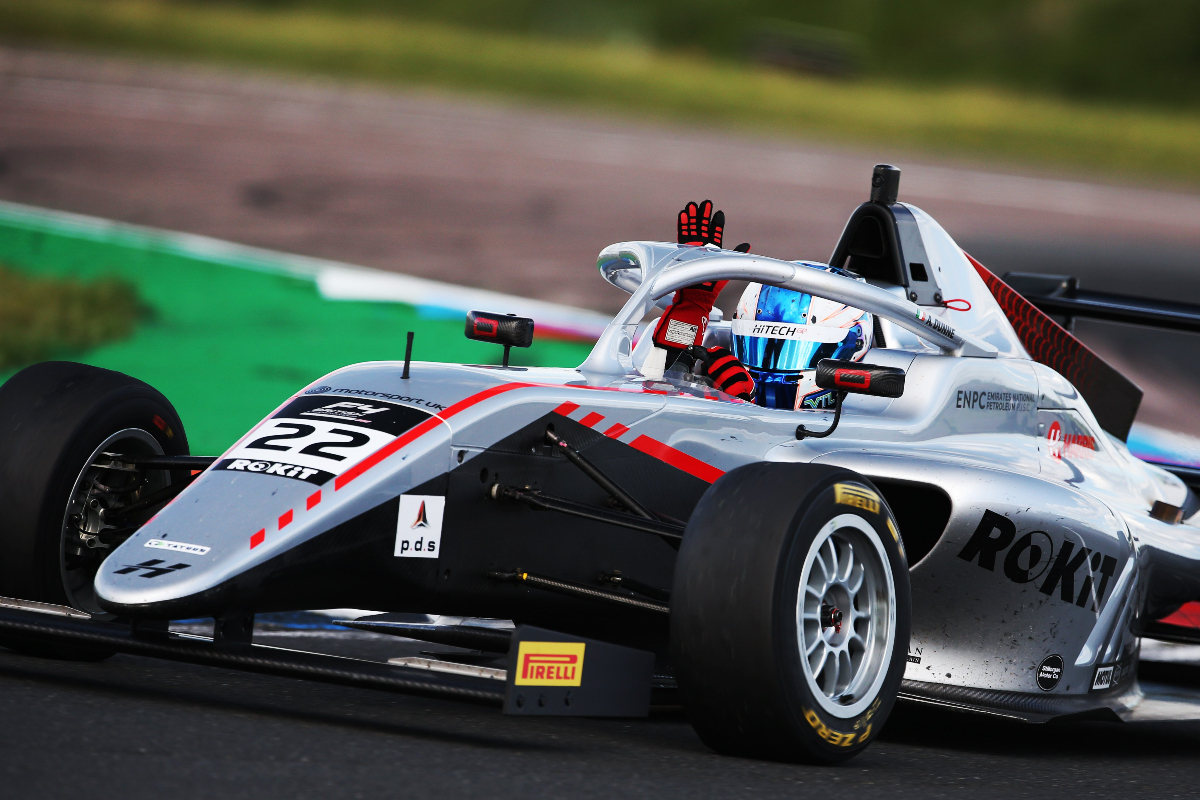 The Hitech GP driver led lights-to-flag and was unchallenged throughout the race. Second placed Ugo Ugochukwu closed in on the championship leader late on, but Dunne picked up the pace again and pulled out a gap of almost a second.

Dunne got a clean getaway from pole and extended his gap to the rest of the field through the race’s first half. That would all be for nought though, when an incident between Eduardo Coseteng and Ollie Gray brought out the safety car.

Gray had been recovering from a difficult qualifying session, in which a sensor failure impacted his running. He had climbed onto the back of the battle between Coseteng and Edward Pearson for seventh and was looking to continue his ascent when the incident happened. Both Gray and Coseteng retired on the spot.

Ugochukwu couldn’t stick with Dunne on the restart, and he once again broke away up front. In the race’s closing stages Ugochukwu was the faster driver, and set the fastest lap as he closed into within half a second of Dunne, but Dunne responded by increasing the pace and set his own personal best on the final lap and finishing 0.966 seconds ahead.

Louis Sharp took third, while the main battle for the first half of the race was for fourth. Aiden Neate and Joseph Loake passed Pearson early on and battled for the position. A lock-up for Loake allowed Neate to get ahead, but the pair then had Daniel Guinchard pressuring from behind too.

After the safety car restart, Neate was able to break away from the group and comfortably finish in fourth place. Guinchard managed to take fifth from Loake, and Oliver Stewart passed Pearson after a lock-up for the Virtuosi Racing driver to finish sixth.

Late on, Noah Lisle was leading a tight battle at the tail end of the points with Adam Fitzgerald, Michael Shin and Georgi Dimitrov close behind.

Fitzgerald and Shin made slight contact, but both managed to keep going. Lisle was shuffled to the back of the group and Fitzgerald came through to take ninth. Shin completed the top 10, while Dimitrov and Lisle were close behind at the end.