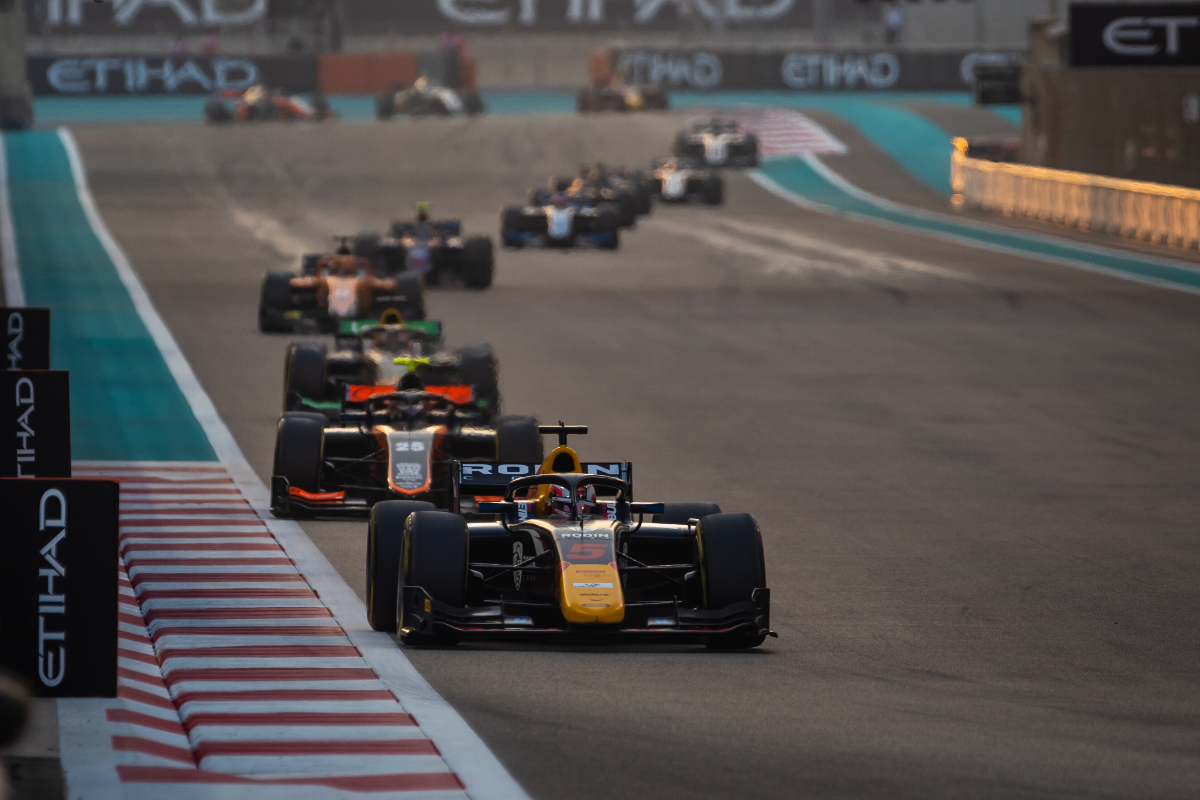 Carlin’s Liam Lawson was a “bit surprised” how his lead grew at the end of Formula 2’s Abu Dhabi sprint race, having not felt “overly strong” earlier in the race.

Lawson started second behind Trident’s Richard Verschoor, and sat around 0.8 seconds behind him through the first nine laps. He got past with a DRS-assisted pass on lap 10, then maintained a similar advantage over Verschoor until lap 16 of 23.

Remarkably every single lap for Lawson in the race’s second half was a 1m39.7s or 1m39.8s, while the pace of those behind dropped into the 1m40s and 1m41s.

“I was a little bit surprised to be honest by how our race played out towards the end, because pace-wise I felt strong at the start but I didn’t feel overly strong,” Lawson revealed.

“In fact without DRS, I don’t think I would have been able to overtake. I would say mid-race, I felt quite similar pace to Richard.”

“And then towards the end, everybody started to drop a lot more and for us, our balance stayed really consistent. I think it’s just down to where we had the car today, it was really hooked up. But tomorrow it’s going to be very different, with the different temperatures and obviously with strategy and things like that I think it’s going to be – these points we can take from today, it will be difficult to take too much into tomorrow.”

The pace gained from a decreasing fuel load was levelled out by the pace lost from aging tyres, enabling Lawson to run consistent laptimes.

“We just basically kept the same balance. And as the fuel was dropping I was able to sort of just run at the same pace, so really, really happy with that. The guys did a great job with the car.”

Lawson added that his race-winning move, although set up with the DRS, “actually was under braking, it wasn’t from a massive run or anything like that from halfway down the straight”.

Following a lap one red flag, the race got underway for a second time with a rolling restart where Verschoor put 3.672 seconds between himself and Lawson in just one lap.

“Richard timed it nicely,” Lawson said. “We were quite low in the revs, I was in second and when we went I had quite a bit engine stutter. The thing is it’s hard to follow through sector one anyway, so the gap that I had I feel like was the gap I would have been even if I had a really good start, because of the way the track is through sector one.”