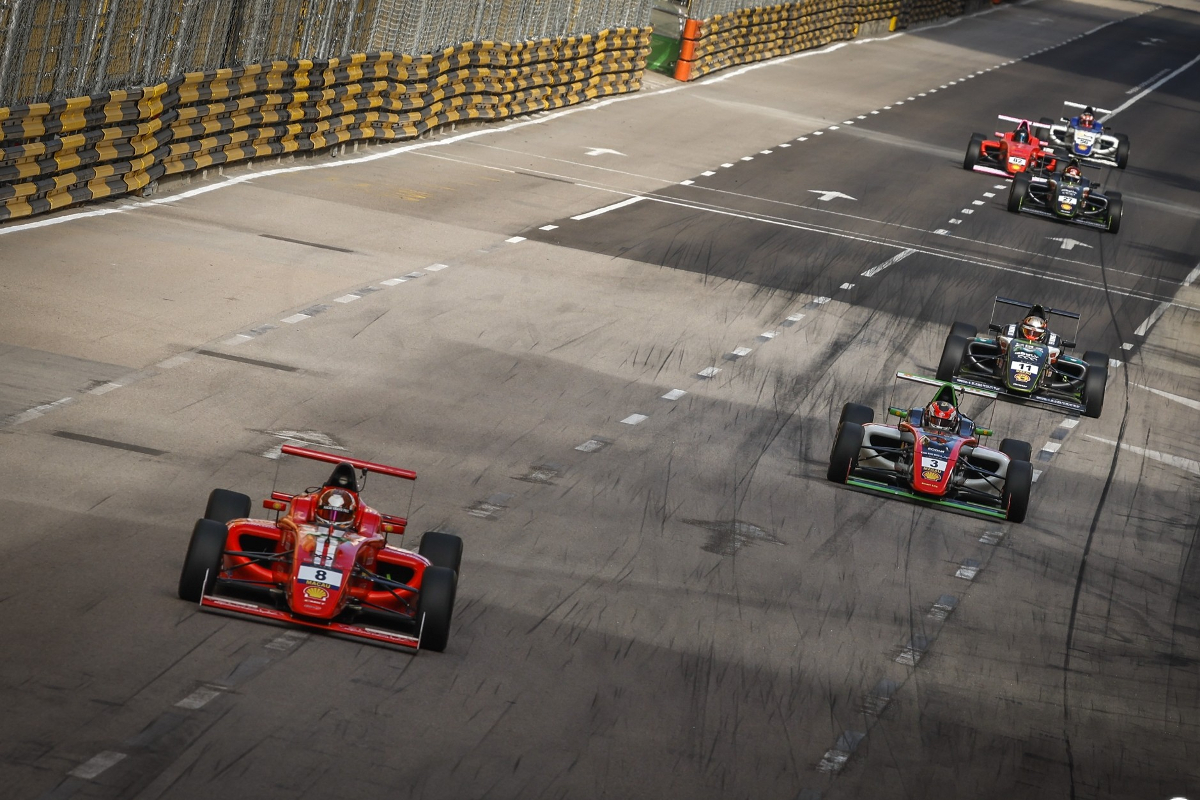 Andy Chang won the Macau Grand Prix with a crushing display, as the race ran within the Chinese Formula 4 championship for the third year in a row.

Current Chinese F4 leader Gerrard Xie started from pole after winning the qualification race, ahead of two-time Macau GP winner Charles Leong and Chang, who made a slow start and was immediately passed.

Seconds later, Lin Li Feng crashed out of the top 10 before even reaching Reservoir, the first corner. Xie hugged what would be the inside line after that corner, only jinking back into the middle of the track as he got to Lisboa and baulking Leong behind him. Chang reclaimed third, but could not attack the top two as the safety car was summoned due to Feng’s crash.

The restart occurred on lap three, with Xie trying to break the tow before staunchly defending the inside once again. He left a gap of less than a car’s width to the right of him, but remarkably Leong tried to squeeze himself into it as they reached Lisboa and they just avoided contact.

Xie then opened up a lead of 1.178 seconds, with the next lap beginning with Chang right on Leong’s gearbox. It looked like Leong then let Chang by after Mandarin, perhaps wishing for him to attack Xie, but then the safety car was called out again.

Patrick Tsang had carried too much speed into Lisboa and hurtled into the rear of Henry Lee Jr. Striking Lee knocked off his front-left wheel, then he lost the right as he went into the tyre barriers. Both retired, with Lee coming to a stop backwards at the apex of the corner.

Xie repeated his previous tactics on the second restart, trying to break the tow then going straight to the inside after Mandarin. This time he went too early though, running into the dust off-line and slowing him down enough that Chang on the outside was already into the lead before Lisboa.

Chang, who had taken pole on Friday and has been runner-up at the grand prix for the last two years, demonstrated his pace by setting the fastest lap and establishing a 1.748s lead, with Leong a further second behind.

On the next lap he went even faster and grew his lead by another 1.2s, with Leong dropping further back from Xie. The rest of the race played out similarly, with Chang often a second per lap faster than Xie and racing returnee Leong losing further ground in third.

By the finish the gap was 5.958s between the top two, with Chang continuing Leong’s streak of a Macanese driver winning their home grand prix, and Leong was 14s back but still completed the podium. The result also meant Xie was crowned Chinese F4 champion.