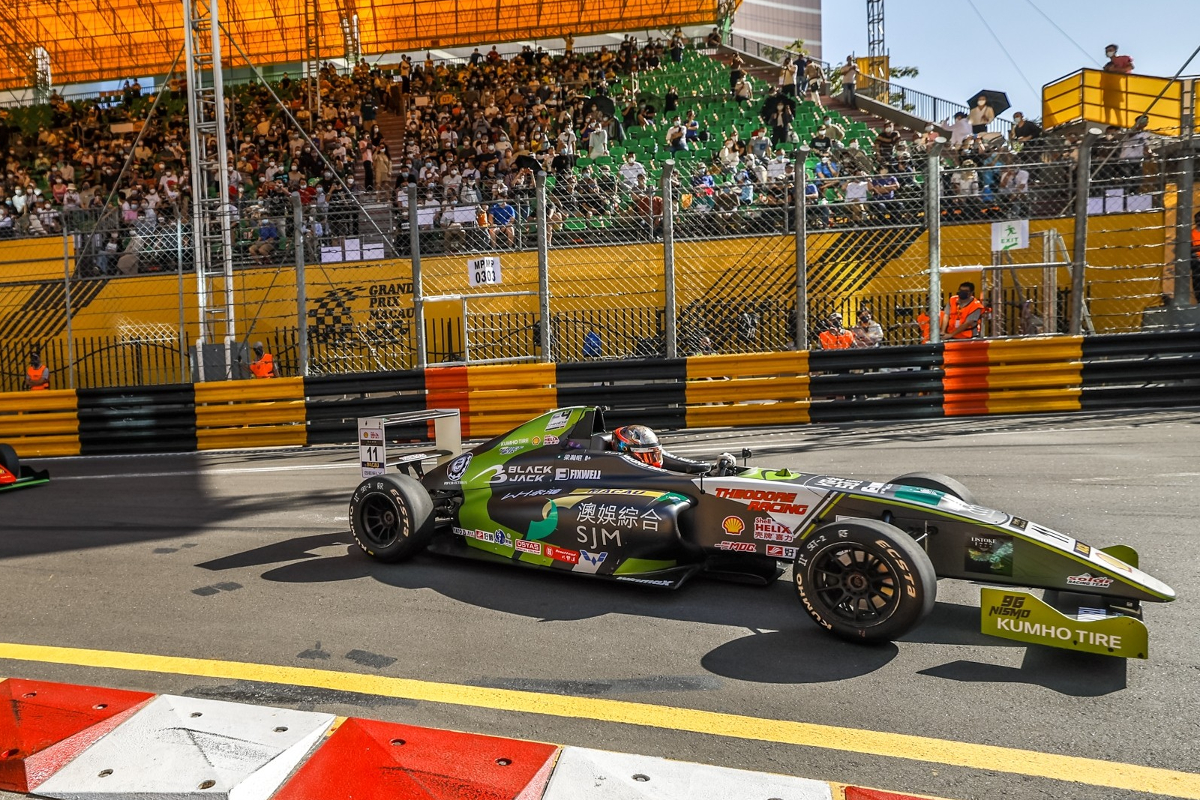 Two-time Macau Grand Prix winner Charles Leong could only finish a distant third in this year’s race, and did not know what caused his “unbelievable” lack of pace.

Leong, now 21, has been the benchmark in Chinese single-seaters since he won the Asian Formula Renault and Chinese Formula 4 titles in 2017 aged 16. He stepped up to Formula Regional Asia and came fourth, but did not have the budget to race full-time and has instead been making cameos, primarily in China, ever since.

He won the Macau GP in 2020 and ’21, and seven of the eight F4 races he contested in those years to warm up for his home event as it used F4 cars, but in 2022 he had only done two China GT rounds before the grand prix. Leong qualified third, 1.916 seconds off the pace, finished second in the qualification race and then 14.086s back in third in the grand prix itself.

“So for the whole weekend, we are struggling a lot with pace, especially on the straightline speed and also the exit of the corner. We’re not sure why, to be fair,” he said.

“Because I was absolutely on the limit when I was exiting the last corner, and I saw Andy [Chang, the winner] behind catching up straight away into turn one. I’m like ‘there’s no point to fight, if I fight more I lose more time, so I told Andy to just go’.”

Early in the race Leong fought for the lead with Gerrard Xie, who by finishing second would wrap up the 2022 Chinese F4 title, but on lap four of 12 he lost ground to the leader and then dropped to third after intentionally waving Andy Chang by.

Such was the calibre of the top three compared to the rest of the field that Leong still comfortably earned a podium finish, but he dropped back by more than two seconds per lap after Chang went past – a stark contrast to winning last year’s grand prix by 24.530s.

“The whole weekend was one of my toughest weekends, and never had this experience like this before,” added Leong.

“Like slower than other drivers by more than one second [when racing] in China and Asia. It’s unbelievable to me.

“With what we predicted it’s quite off, and let’s see what we can do for next year and maybe we need to check to see what was happening as well, because last lap my engine suddenly lost power for a bit. Not ideal.

“Every time I said anything can happen in Macau, and I think [it came true as] the bad luck was happening to me, so that’s Macau.”