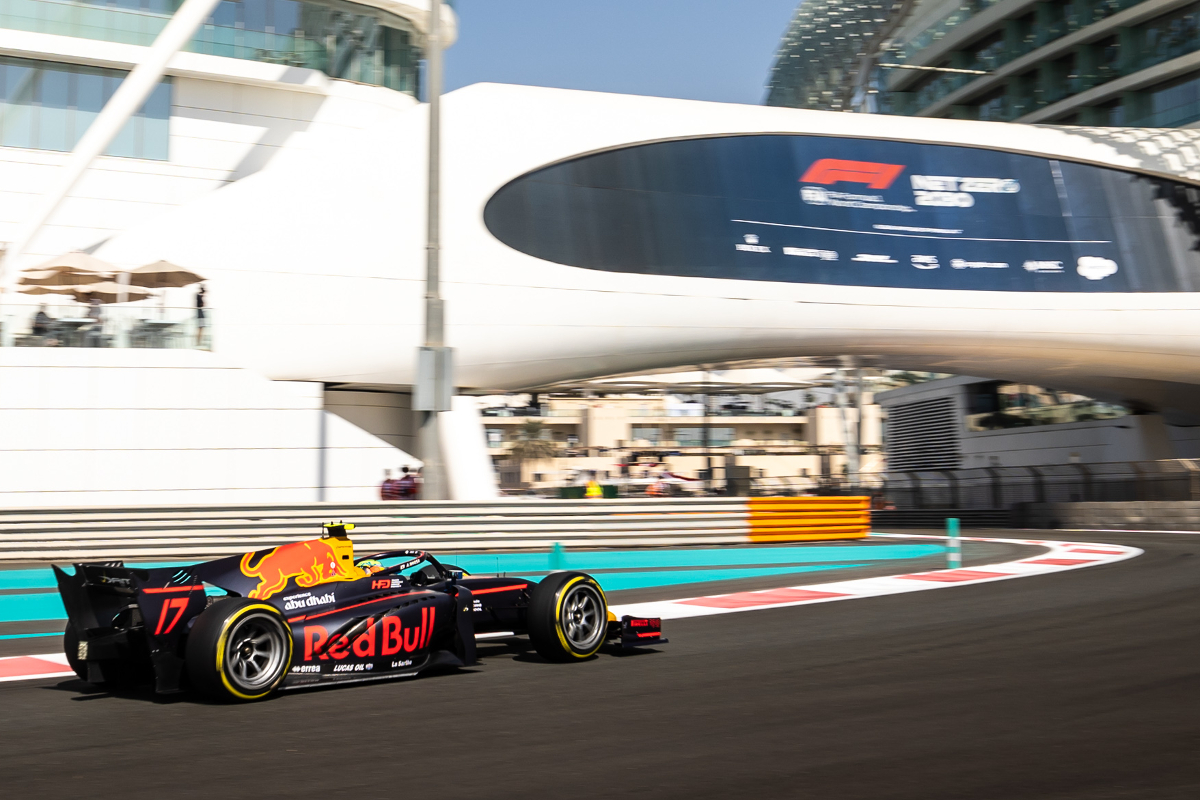 Ayumu Iwasa held off Felipe Drugovich to win the final race of the 2022 Formula 2 season as fifth place for Logan Sargeant was enough to set him up for his superlicence.

It was a hard fought race for Iwasa. The DAMS driver briefly lost the lead to team-mate Roy Nissany off the line but soon reclaimed first place through the opening corners.

An early virtual safety car, brought out for a spinning Ralph Boschung, neutralised running. On the restart Nissany found himself under pressure from Drugovich. It took Drugovich a few attempts but he finally made a move around the outside stick for second place.

The net top two remained the same through the pit stops, though Liam Lawson managed to leapfrog into third. Lawson was never quite close enough to join the battle for the race victory.

As Iwasa and Drugovich battled back through the order, Jack Doohan had the race lead running the alternate strategy. He and Enzo Fittipaldi were the last of the pitters, coming in at the end of lap 25 of 33. Doohan had a good stop and came out in fifth, only for his front left wheel to become detached and bounce across the track. Doohan managed to get the car to a safe place, but it was the end of his race.

The action was briefly paused by another VSC when Olli Caldwell stopped on track, but the fight resumed in the final laps. Drugovich’s final attempt came around the outside of turn nine on the last lap but he was run wide had to settle for second.

Lawson came home third – and gained the same position in the championship – ahead of an intense battle for fourth.

Dennis Hauger made a phenomenal start to jump up to fourth at the race start but fell behind Lawson in the pits. He was then locked in a battle with Theo Pourchaire that lasted most of the race. A small mistake from Hauger allowed Pourchaire to get ahead but Hauger continued to fight.

With three laps to go, Pourchaire began to slow and dropped down the order before coming into the pits.

Hauger came home fourth, just ahead of Sargeant, who sealed fourth place in the drivers’ championship when Doohan retired. It was a far from simple race for the F1-bound driver, who was stuck behind Nissany for much of the race. He managed to get through in the closing stages of the race and finished fifth.

Amaury Cordeel avoided the drama to finish sixth ahead of Nissany and Richard Verschoor, the lead driver on the alternate strategy. Juri Vips and Marcus Armstrong completed the top 10.

Juan Manuel Correa’s F2 comeback continued to be difficult, as he finished 17th and was penalised five seconds for the second race in a row for causing a collision, this time with Ralph Boschung,