Home Featured Iwasa: “I had quite good confidence” I could hold off Drugovich
Formula 2News 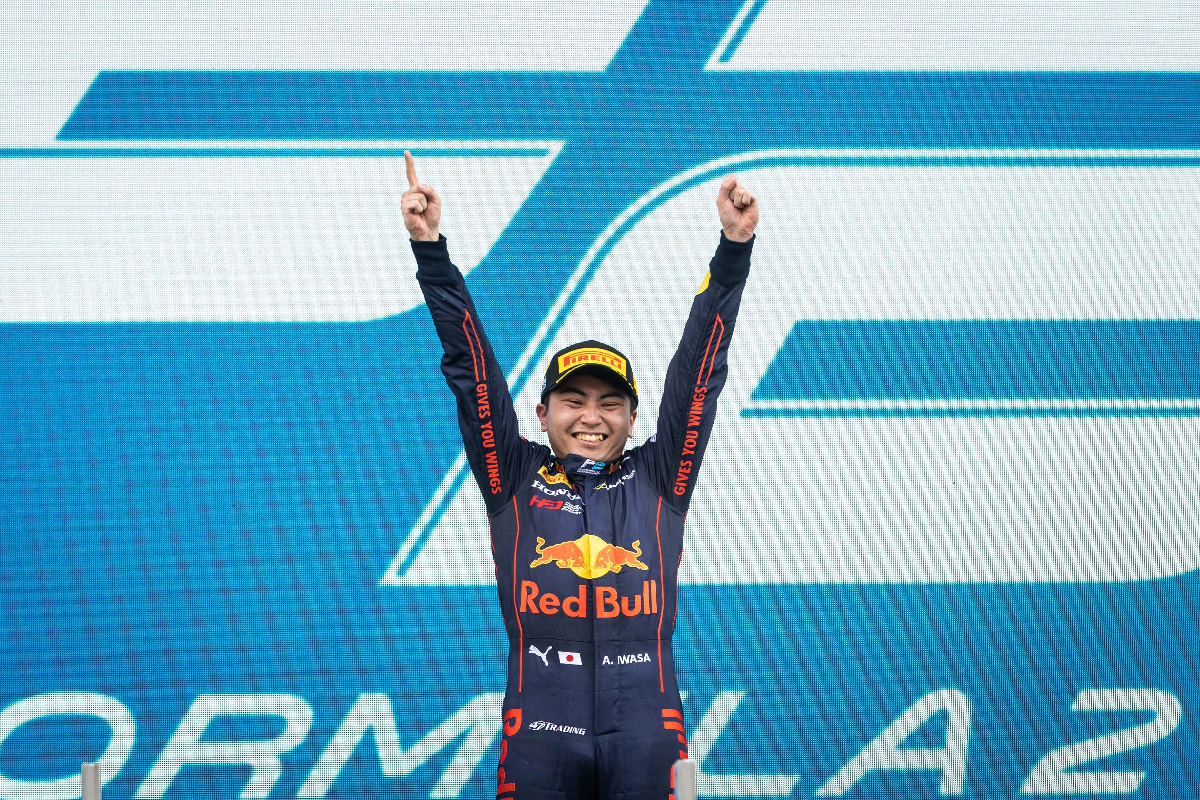 Ayumu Iwasa resisted Felipe Drugovich for his second feature race win in the last race of the season, and was pleased with himself for fending off the Formula 2 champion.

The DAMS driver resisted enormous pressure during the race’s second half, and finished 0.83 seconds ahead of Drugovich.

“Also I had quite good confidence to keep the position. Because even if I was struggling a lot, I was feeling I could defend well, and then I was trying to have the tyre potential and the car potential to the end of the race. I think it was working at the end of the race. But still I was missing, so that’s why I was feeling quite big pressure. I wanted to be [under] less pressure during the race, but it was not possible.”

Despite being confident he could have stayed ahead of Drugovich anyway, the Red Bull junior conceded that virtual safety cars and yellow flags played into his favour during the race.

“I think once I had the yellow in sector three, it was quite great timing for me because Felipe was just next to me,” Iwasa said of the yellow flags shown at turn 12 and 13 because of Campos Racing’s Olli Caldwell retiring on track.

He also explained that he struggled a lot for pace throughout despite being at the front.

Iwasa made his compulsory pitstop on lap eight of 33, earlier than all but three drivers, and it dropped him from first to 17th. It took until lap 26 to return to the lead.

“The car was quite good with one-lap pace, but car was not so impressive with the pace in the race. Even yesterday I was struggling so much, and I was losing a lot of places. We were focusing on the improvements for this race, and we were working a lot yesterday night.

“We found some improvements, and I was trying everything in this race but pace was not enough. Maybe we need to improve the car even more, and also I want to check the data for my driving.”