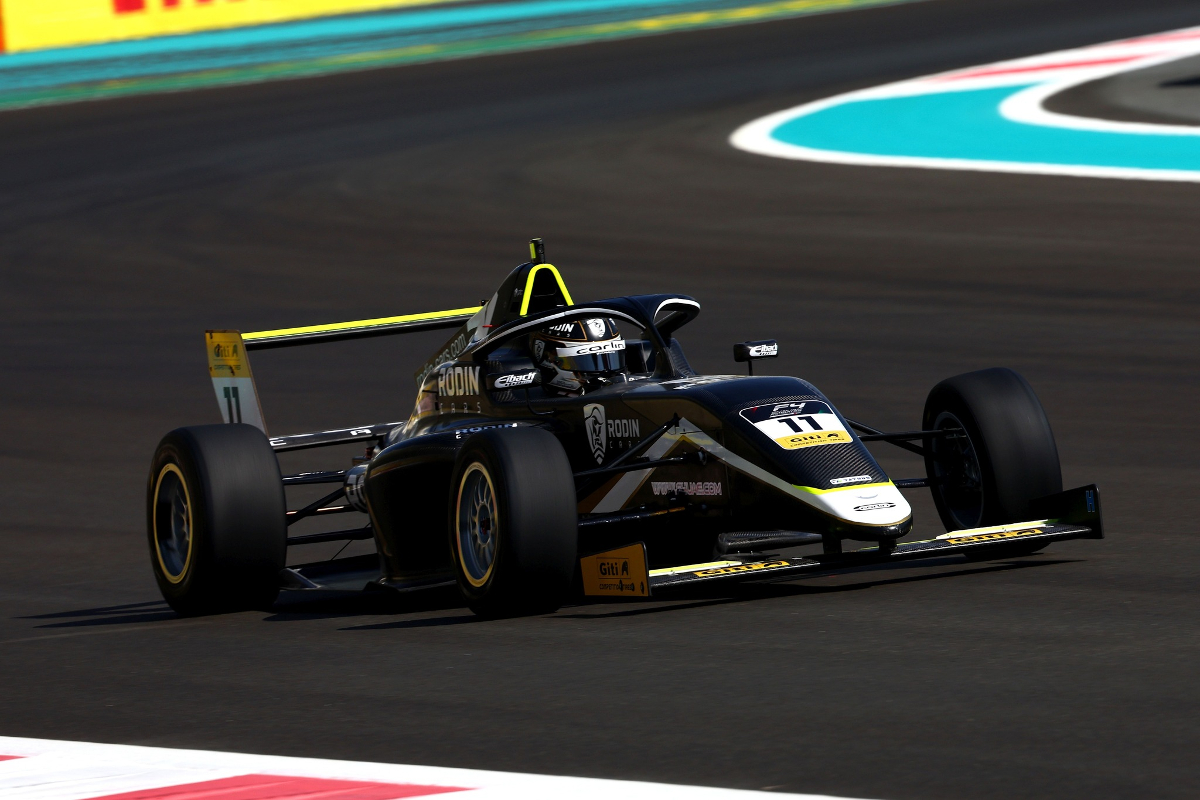 A slim 11-car entry was attracted for the event, and it was Xcel Motorsport’s single-seater debutant Federico Rifai who set the pace in the Friday practice session by four tenths of a second over Hitech GP’s British F4 champion Alex Dunne.

In qualifying it was advantage Dunne though, with the Irishman taking pole by 0.214s over Rifai. The second row of the grid was filled by Sharp, who also raced in British F4 this year, and the debuting combination of Yas Heat Academy and its driver Keanu Al Azhari.

Dunne led early on in race one on Saturday, but after being passed by Sharp for the lead mid-race he dropped back and finished 5.759s behind in second place. It was Sharp’s third F4 win, following two in the British championship.

“Race one went very well!” Sharp said to Formula Scout. “I started P3 so I knew we were in a good position to score some good points. We weren’t quite happy with the set-up after qualifying but the boys and girls at Carlin did a great job to get the car in a good place and it showed when we were able to take the lead and pull out a six-second gap to take the win.”

Completing the podium was Al Azhari, who hounded Dunne to the chequered flag, then in fourth was Sharp’s team-mate Costa Toparis who qualified ninth, 1.192s off pole, but was able to climb up the order.

The race one fastest laps set the grid for race two, putting Sharp on pole ahead of Dunne, Toparis and Al Azhari.

“Race two was very dramatic,” Sharp said. “Got off the line good and then me and Alex had a battle on the first lap which resulted in him crashing into me and breaking his front wing.

“Luckily enough I had no damage and was able to continue. After that it was just about controlling the lead and getting good safety car restarts which I was able to do and come home in P1.”

Sharp finished 1.962s clear of Hitech’s debutant Kanato Le, with Al Azhari making the podium again while Dunne had a later incident and finished sixth on the road. However he was then handed a 10s penalty for causing an avoidable collision and was classified 10th. Despite the lowly result, he did set the fastest lap.