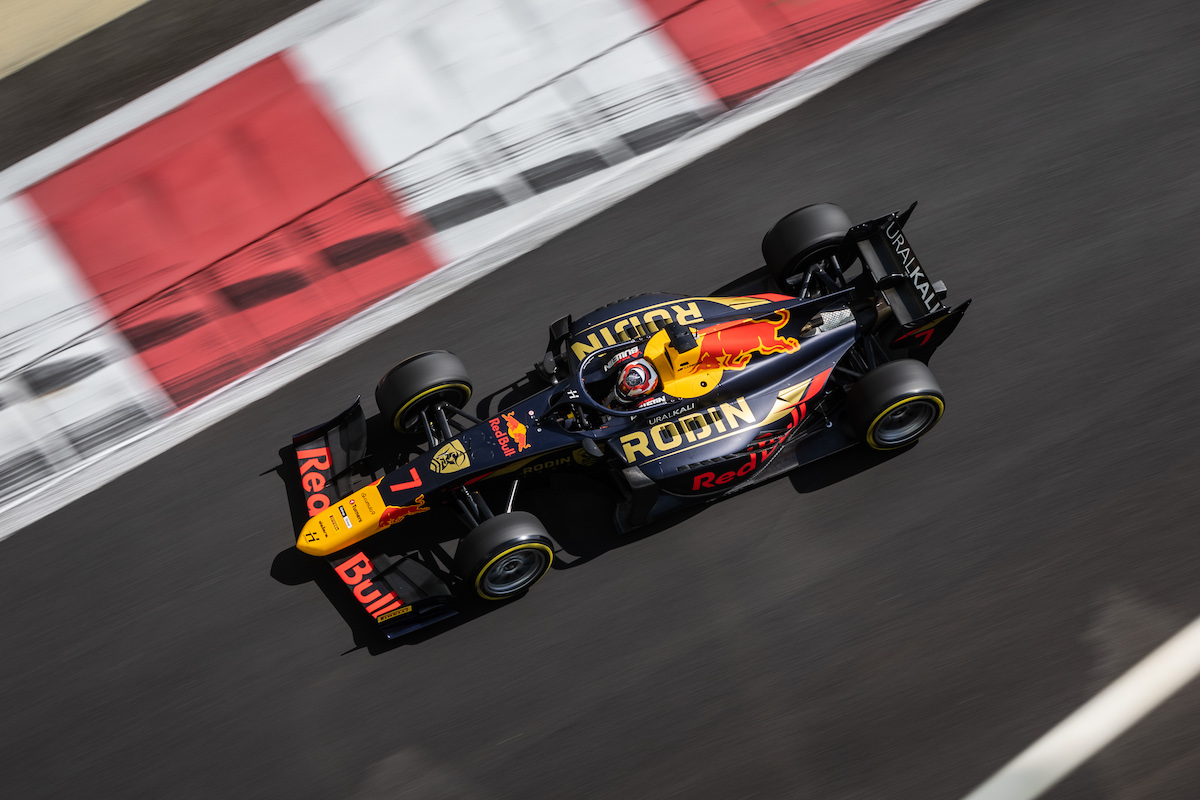 Lawson competed for Hitech GP in his rookie F2 campaign this year, winning the opening race of the season in Bahrain and being denied another victory in Monaco when he was excluded for using the wrong throttle map at the start. He ended up ninth in the standings, having also come close to winning the DTM title at the first attempt.

He will drive for Carlin in the three-day F2 test after making his official Formula 1 debut for Alpha Tauri on Tuesday. Lawson is expected to retain Red Bull support for 2022 and will also have the continued backing of Kiwi supercar manufacturer Rodin. Carlin has already announced Formula 3 graduate Logan Sargeant for next year.

Daruvala has spent the past two seasons racing for Carlin as a Red Bull junior, finishing seventh in this year’s standings, and moves to Prema for the post-season test where he partners the team’s F3 champion Dennis Hauger. Daruvala raced for Prema in F3 himself in 2019, and the Italian team operated his Mumbai Falcons entry in Asian F3 at the start of this year.

Lawson’s place at Hitech will be taken for the test by fellow Kiwi Armstrong, who has so far experienced two difficult seasons in F2 at ART and DAMS respectively. The Ferrari junior was mentored by Hitech team principal Oliver Oakes earlier in his career before signing with Nicolas Todt’s All Road Management. Armstrong’s former F4 team-mate and rival Juri Vips – who tested in F1 with Red Bull on Tuesday – stays with the team with which he finished sixth overall this season.

The final testing line-up confirmed by the publication of the full entry list is that of Van Amersfoort Racing, which takes over HWA’s entry and cars for 2022. Jake Hughes, who contested three of HWA’s final four F2 events, stays on to assist the handover before his car is taken over for the final day by VAR’s Euroformula race winner Cem Bolukbasi. Amaury Cordeel, who failed to score in F3 this year, drives the second car.

With champion Oscar Piastri as well as nearest rivals Robert Shwartzman, Guanyu Zhou and Dan Ticktum all moving on from F2, Theo Pourchaire is the highest-placed 2021 driver staying on for the test. He’s joined at ART by the team’s lead F3 driver and Mercedes junior Frederik Vesti.

While Felipe Drugovich (MP Motorsport), Ralph Boschung (Campos), Roy Nissany (DAMS) and Marino Sato (Virtuosi) are among those already announced to return next season, the Dutch duo of Richard Verschoor and Bent Viscaal are not currently set to appear in the test.

The test will run from Thursday to Saturday with a total of eight sets of medium compound Pirelli tyres allocated to each car.