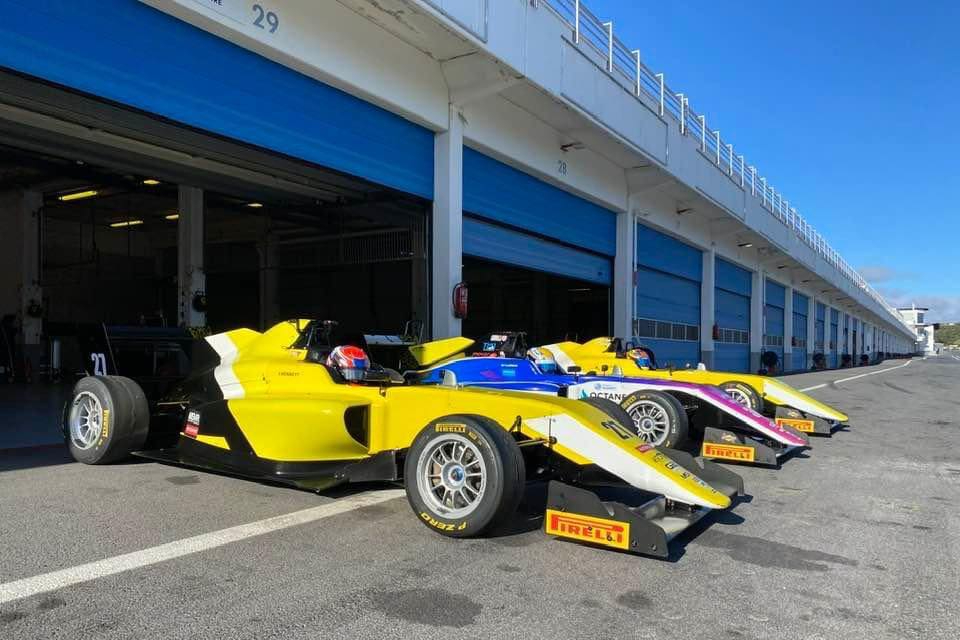 A busy December for junior single-seater teams is set to conclude for most this week, after an intense period of winter testing.

The month kicked off at Estoril with Motopark preparing for the next Euroformula season with Sebastian Alvarez, Alex Garcia, Oliver Goethe, Vlad Lomko, Frederick Lubin, Christian Mansell and Josh Mason over three days.

The German squad also ran a Tatuus T-014 Formula 4 car for McLaren junior Ugo Ugochukwu, with ADAC and Italian F4 runner-up Tim Tramnitz being used as a reference driver for the karter. Ugochukwu is believed to have tested on at least two other circuits with reference drivers.

Unfortunately, Tramnitz ended up breaking his back after the car crashed front-first into the wall at the pit exit. Formula Scout has learned this was caused by the brake bias snapping.

“I was involved in a crash during testing at Estoril and broke a lumbar vertebrae,” Tramnitz – who had previously also been testing with Formula Regional European Championship teams – posted on Instagram from hospital on December 6.

“I had my surgery yesterday and just wanted to let you know that I am fine and now on my road to recovery.”

Drivex School was doing Euroformula testing on the same days as Motopark but at Algarve, and it then moved to Estoril on December 6-7 with Alexey Pavlovich. Meanwhile Double R Racing was spotted at Pembrey running Bart Horsten.

Several Euroformula shared Barcelona at the start of this week (full report here), while incoming FREC entrant Trident and GB3 team Elite Motorsport were at Valencia.

Trident had four cars present, two of those being GP3 cars driven by Jonny Edgar and Roman Stanek. Edgar is set to take the FIA Formula 3 Championship seat in 2022 that fellow Red Bull-backed racer Jack Doohan filled this year, and Stanek is also on course to join the team’s line-up.

Francesco Braschi was in one of Trident’s FREC cars. Sami Meguetounif has previously tested with the team but was absent, instead taking to the track on December 16/17 when Drivex rents the venue. On those same days, Van Amersfoort Racing is expected to visit Paul Ricard with a variety of cars.

Elite’s Valencia line-up included its signed drivers for 2022 and Cian Shields. The Briton is a Benelux champion in X30 Junior karts and came third in the 2020 IAME Euro Series in X30 Senior karts.

He was driving for GRS, having previously tested with Campos Racing and Cram Motorsport, and Lola Lovinfosse has also recently been with the team at two circuits.