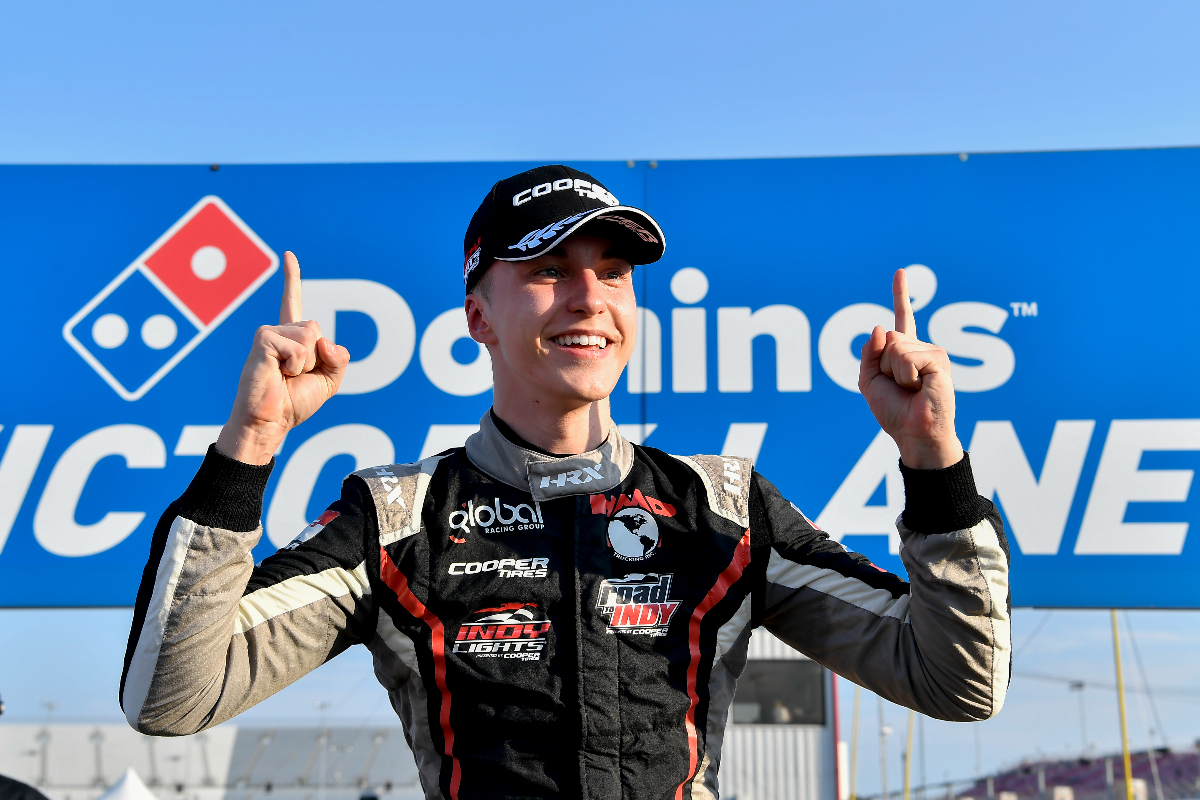 Indy Lights runner-up David Malukas’s long expected graduation to IndyCar with Dale Coyne Racing has finally been confirmed, with his team from the Road to Indy following him up.

HMD Motorsports, winner of the Indy Lights teams’ title in 2021 with Malukas as one of its drivers, will partner up with Dale Coyne to co-run a car for the entirety of the 2022 IndyCar season.

Malukas did not receive scholarship money to progress to the top level after missing out on being Indy Lights champion, but his father Henry Malukas is team principal of HMD.

“I am very happy to join Dale Coyne Racing for my first season in the IndyCar series,” said Malukas.

“It has been my dream since a little kid to get to this point and I am thrilled to get it started with this team. After my first test with Dale Coyne, I felt right at home. They are like family already and I am excited to see what we can accomplish.”

Dale Coyne is co-running another car with Rick Ware Racing, which Takuma Sato will fill next year after Romain Grosjean shone in the seat as a rookie this season, and will likely have a third car now for select events.

“I’ve been following David in Indy Lights and I was very pleased by what I saw,” said Dale Coyne.

“He had a remarkable season and then he impressed everyone when we tested him back in October. It was his first time in an Indy car and he was the fastest one at the test, even ahead of a veteran driver. And, on top of it all, he comes from right down the road in Chicago, so it’s a perfect fit for us to run David next season.

“We’re also excited about our new partnership with HMD Motorsports. We can’t wait to start building on this relationship and we’re looking forward to a successful season together.”

HMD will continue its Indy Lights programme, and has already signed Danial Frost for 2022. Benjamin Pedersen remains for a second season in the car it co-runs with Global Racing Group.