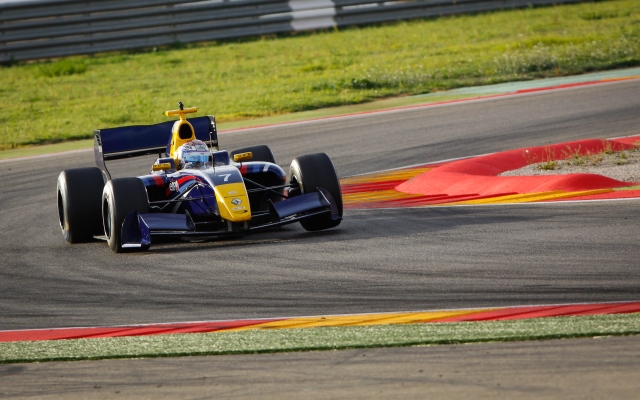 Nicholas Latifi posted the fastest time during the morning session on the final day of Formula Renault 3.5 post-season testing at Motorland Aragon.

Returning to the Arden car raced by 2014 runner-up Pierre Gasly after spending Tuesday at Lotus, the Canadian moved to the top of the times inside the final ten minutes of the morning with a lap of 1m40.479s.

It is the week’s best time so far – four thousandths of a second faster than Matthieu Vaxiviere went on Tuesday afternoon.

Two-time 2014 race winner Oliver Rowland was made to settle for second on his one and only day of post-season running with Fortec ahead of a possible return for next year, and was 0.326s slower than Latifi.

Andrea Pizzitola came close to keeping the Lotus team on top for a fourth time from five sessions this week before being shuffled down to third place. Pietro Fantin ended up fourth after having two times deleted after his Draco car was found to be underweight.

European F3 frontrunner Lucas Auer was fifth in the second Arden car, while FR2.0 graduate Egor Orudzhev was again in the top six after moving from Arden to Fortec.