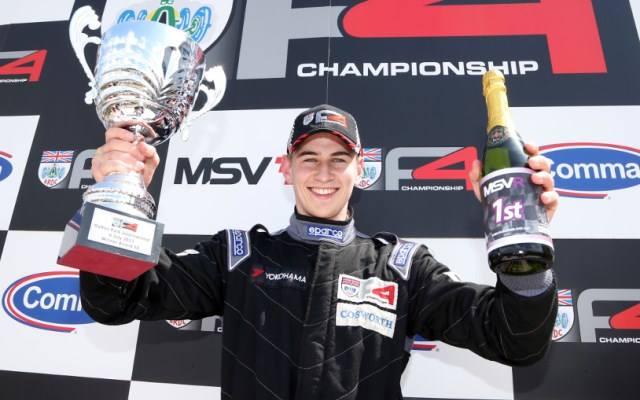 After numerous trophies in karts achieved in both UK and international competitions, English youngster Jack Barlow made the step up to cars in 2014 with a successful campaign in BRDC F4.

He moved on to British Formula Ford the next year, but saw his season cut short by a serious injury picked up in testing and a subsequent shortage of budget.

PaddockScout caught up with Jack after his recent return to racing in the Formula Ford season finale to ask him about his career so far, his injury and his plans for the future…

First of all, congratulations on your return to racing, Jack. How would you rate your recent outing at Brands Hatch?

Brands Hatch didn?t really go to plan. From the get-go, we had a lot of mechanical problems which we struggled to resolve. They carried on into qualifying where we broke down, placing us at the back of the grid for races one and three.

From there on, nothing really seemed to go our way with separate incidents resulting in me DNF-ing in the first race and then starting at the back row for race two, which resulted in me being tagged from behind and spun around. In race three, I was also spun around from behind, so it was a fairly nightmare weekend to say the least.

Apart from all that, you seemed to be right on the pace in pre-round practice on your return…

Yeah, our pace was strong in the opening practice which was great to see, because these were my first laps being back in the car since my accident and I didn?t do any form of track action beforehand.

You had had a promising start to your season at Brands before the testing crash, bagging a podium and two fifth places. What were your pre-season expectations? What results would you have been looking to achieve if you had the chance to do the full season?

To be fair, the first round we underachieved when compared to the pace we really had so it was extremely disappointing that I didn?t get to show what we really had in the bag. Still, I was proud of the results in the opening round, considering that I only sat in the car twice before the first race.

Your season was cut short by a testing accident at Thruxton. What exactly happened? And what was the extent of your injuries?

I only had myself to blame for the accident as it was a slight driver error. It was my first time at Thruxton and I had never seen the circuit prior to that day. During my first four or five laps, I felt comfortable with the car and really quite confident. Going around the back section, I just slightly overshot the corner, missing the apex, but stayed committed, which caused me to run out of road on the exit. That sent me into the grass, the car then started to slide sideways, dug into the ground and rolled over three times. I got airlifted to the Southampton trauma centre where they ran a number of tests and found that I had a compression fracture on my T9 vertebrae. 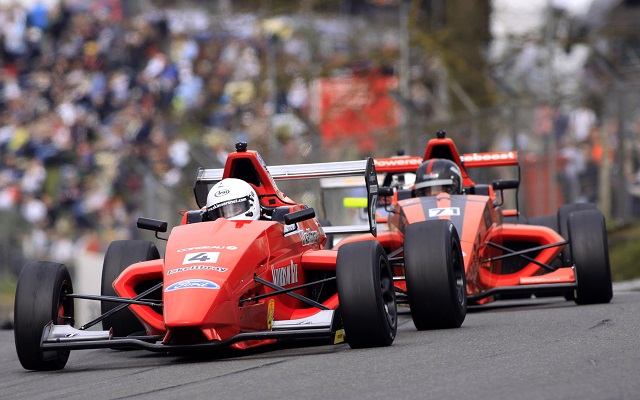 You expected to be back on the grid right after the crash but ended up waiting until the end of the season. What caused the delay?

We tried our absolute hardest to get back out to race at Donington, which was a week and a half away, but the TOCA doctor wouldn?t sign me off as fit to race and, well, I wasn’t. If my back had taken another impact, it could have done lifelong damage and it wasn?t worth the risk. It was then a long healing process that took 10-12 weeks, by which point we didn?t have the money to return for the second half of the season.

What was it like working with an established FFord squad in Jamun/MBM?

They really are a great bunch. Given the history of the team, I always expected them to have great knowledge and understanding of the car and they definitely produced one of the best cars on the grid. They deserve massive credit for that because they aren?t a huge team. I have nothing but good things to say about the guys at MBM.

Looking back at your earlier career, how did you get involved in racing?

I started karting back at the end of 2007 as a bit of fun and a hobby to do with my dad, really, but then I developed an urge to race the more I practised. So we went on to compete in club-level championships before making our move into a national series for the first time in 2008 – BRDC’s Stars of Tomorrow. It was a massive learning year for and I loved every minute of it, so that?s when my karting career journey started. And, really, once you get hooked, there?s no way out.

After being a highly successful karting driver for several years, both locally and in international Rotax categories, you finally ended up moving into single-seaters. Has it felt like a difficult transition?

No, not at all. With the limited budget that we had, I needed to learn as much as I possibly could in a short space of time. I took to it very quickly and, having gone into the first round of BRDC F4 with just three days in the car, came away with a podium on my single-seater debut and a win in my second ever race. I reckon my first race weekend in cars showed that I made the transition easily and that I was hungry to make a name for myself fast.

A highly competitive inaugural season of the BRDC F4 season last year saw you place sixth, with two victories and three second-place finishes. How would you rate your debut campaign in cars?

An incredible year to say the least. It was extremely disappointing that we ended up sixth after going into the last round second in the championship. Yet just one bad round resulted in me dropping down the order because it was such a close battle between the top six. Looking back on the success I had, I suspect no one will really understand how well we did apart from the team, my family and everyone around me because we really did struggle with budget to get out racing and had next to no testing.

What are your plans for next year? Are you looking to continue racing on the national level or planning to move to the international championships?

I?m in the same situation as most drivers at this moment in time in not knowing where I will be going until we sort the budget out and evaluate our options. I would love another year in single-seaters to build on my knowledge and experience to then move onto GT cars in the near future, maybe for 2016. 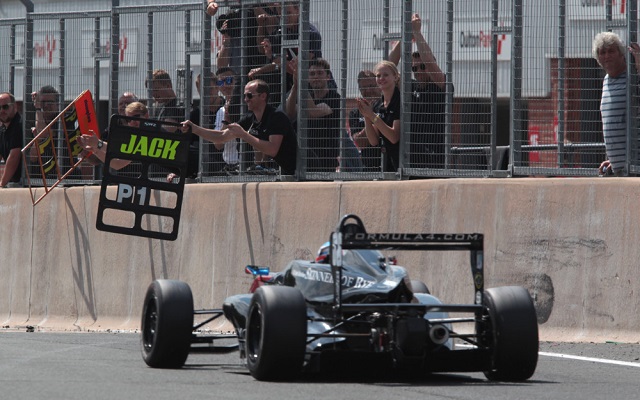 Many, many young drivers on the junior single-seater scene name F1 as their end goal. Is that the case for yourself?

In the recent years I have realised that, realistically, F1 is out of reach for me financially, which has made me look at other routes. An avenue that interests me massively is GT racing, where I could make myself a nice career in doing something I love.

Do you have a favourite driver?

Lewis Hamilton. The rivalry between him and Rosberg this year has really made me take an interest in him and how he deals with the difficult times. He’s someone who managed to come back better and stronger after being knocked down by Rosberg’s antics.

What is your favourite track?

Oulton Park is one of my favourites, partially because of the massive success I have had there and also because of the variety of the corners – you can learn pretty much every type of corner there.

You currently find yourself working a regular job alongside your racing career. How hard is it to balance the two?

It?s a challenge, it adds a lot more different stresses and makes it harder to focus on racing but it?s a position a lot of drivers are in these days. It shows what sort of person you are, I think, and shows if you can take the pressure of regular life stresses and racing driver stresses and balancing the two.

One day I would love to be able to say racing is my job and put 110% of my time and effort into it but at this moment in time working is a must to keep things ticking over. Alongside my office work at Corbeau Seats, I work as an instructor for Brands Hatch and different other places, which I greatly enjoy doing and gets me out of the office and involved in the racing and driving environment.