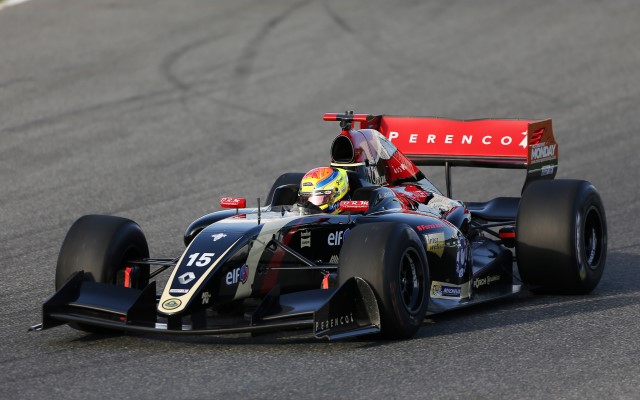 Matthieu Vaxiviere remained at the top of the timesheets in the afternoon session on day two of Formula Renault 3.5 testing at Motorland Aragon.

The Lotus driver smashed his earlier benchmark by almost a second to be the only driver in the 1m40s, and nearly half a second ahead of Monday afternoon pace-setter Gustav Malja.