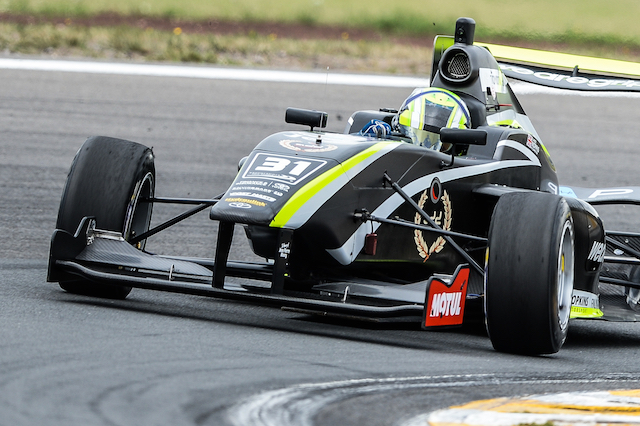 Lando Norris will return to the Toyota Racing Series at the start of 2017 in a bid to defend his title.

The Briton, who turns 17 this Sunday, scored six wins on his way to winning the New Zealand-based championship at the beginning?of this year.

It was the first of three titles he has won in 2016, having since?added the Formula Renault Eurocup and NEC crowns to his haul.

He has also won races in BRDC British Formula 3 and made his FIA European F3 debut at Hockenheim last month ahead of next week’s?Macau Grand Prix. A full-time move to European F3 is expected for 2017.

In TRS, Norris will again drive for the M2 Competition team, which is unbeaten with the latest generation Tatuus car having won in 2014 with new Williams Formula 1 driver Lance Stroll. It won all but three of last year’s 15 races.

“The aim is obviously to successfully defend my championship title,” he said.

“I thoroughly enjoyed racing in the TRS at the beginning of this year which put me on the road to an incredibly successful 2016 season in which I ultimately won three championships.

?I’ll return to race with M2 Competition again – a great team and talented bunch of guys who helped me achieve 11 podium finishes this season.

“The five tracks are really interesting and will get me race sharp again for when I return to the European season in 2017.?

Norris is not the first driver to confirm an entry for the 2017 TRS (which begins on January 13-15),?with local Formula Ford champion?Taylor Cockerton having already announced a return with the MTEC?Team, formerly known as ETEC Motorsport.