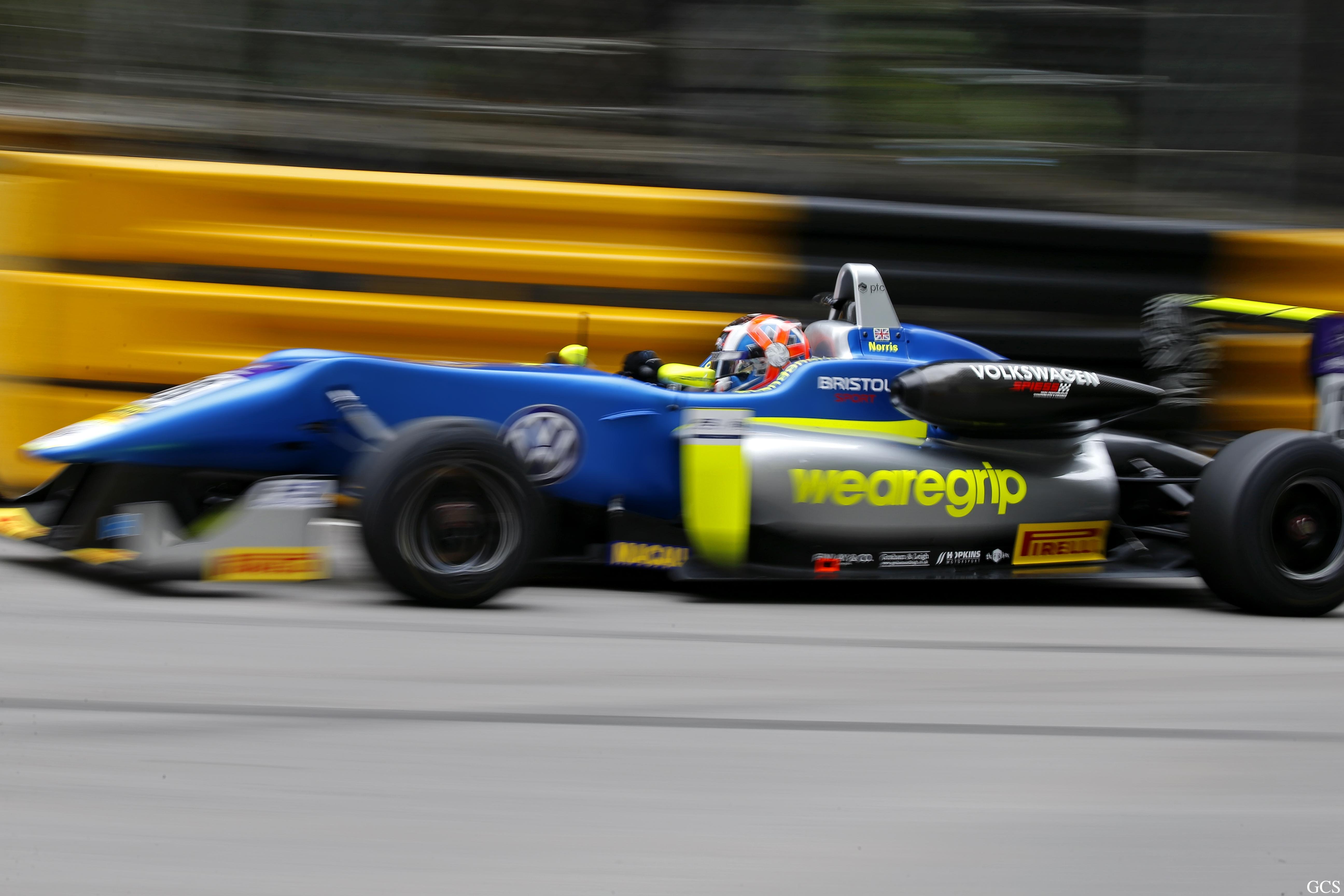 The entry list for the 2017?Macau Grand Prix Formula 3 race has been released, with a record low number of entries.

Only 22 cars have registered for the 64th running of the event, which is the lowest number since the race moved to Formula 3 rules in 1983.

The list is headed by 2017 European F3 champion Lando Norris, who finished 11th on his Macau debut last year despite starting from 27th thanks to a crash in the qualifying race.

The Mclaren young driver will continue his title-winning partnership with Carlin, which was victorious in the Grand Prix last year with Formula E driver Antonio Felix da Costa.

Norris’s championship rivals Maximilian Gunther and newly announced Ferrari Driver Academy member Callum Ilott will also be returning to Macau with Prema Powerteam, which will be running under the Theodore Racing name of Teddy Yip Jr once again. Guan Yu Zhou and Mick Schumacher will continue to drive the other two Prema cars, with Schumacher making his Macau debut, 27 years on from his father’s victory.

Joel Eriksson, the closest of Norris’s rivals, will head Motopark’s effort for a first ever Macau GP victory.

Van Amersfoort Racing is the last European F3 team to enter, with Ralf Aron moving across from the absent Hitech GP to partner Pedro Piquet.

Sekiguchi and Yamashita are both former Japanese F3 champions, and Sekiguchi is one of the top drivers in Super Formula.

TOM’S will run an identical line-up to in Japan,? with 2017 vice-champion Sho Tsuboi partnered by Ritomo Miyata.

Alex Palou, who made his F2 debut for Campos Racing two weeks ago at Jerez, will continue his race-winning partnership with Drago Corse, and will be the only runner of a ThreeBond engine at the Grand Prix.