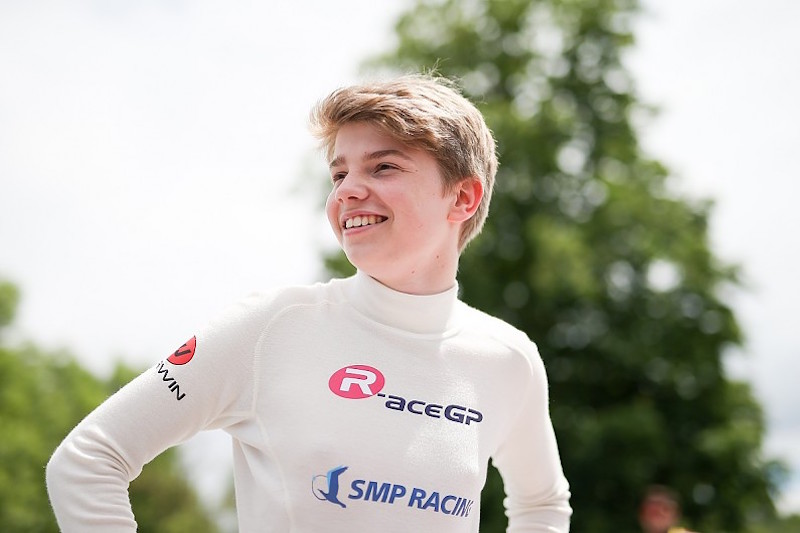 The 18-year-old is in his fourth year of racing cars, and is currently fourth in the Formula Renault Eurocup. He has won four races this season, and could finish second in the standings with a large points haul at the season-ending races at Barcelona this weekend.

He started the year strongly with three wins in the first five races, but his title hopes were damaged when he was twice stripped of victory at Paul Ricard – one for a collision with rival Sacha Fenestraz and another for a technical infringement.

From May -?Robert Shwartzman: Shining through in super-strong Formula Renault Eurocup

Prior to this season he did a year and a bit in Formula 4, culminating in a third place in the standings in the Italian championship, and a dual campaign in the Eurocup and FR2.0 NEC last year, where he was a race winner in the latter.

He has also done some testing in GP3 and Formula 3, and it is believed that an impressive F3 test he did with Prema Powerteam last month, a team which has run six of the seven pre-existing FDA drivers this season, may have had some influence on his inclusion in Ferrari’s driver development programme.

Shwartzman, as well as being the first Russian member of the FDA, is also backed by SMP Racing, which has existing ties to Ferrari in GT racing.

The programme supports Russian drivers at all levels of motorsport, and has a hand in the running of the F4 NEZ championship. High-profile drivers backed by the programme include former F1 driver Vitaly Petrov, Renault Sport F1 reserve driver Sergey Sirotkin, and 2010 World Series Formula V8 3.5 champion Mikhail Aleshin.