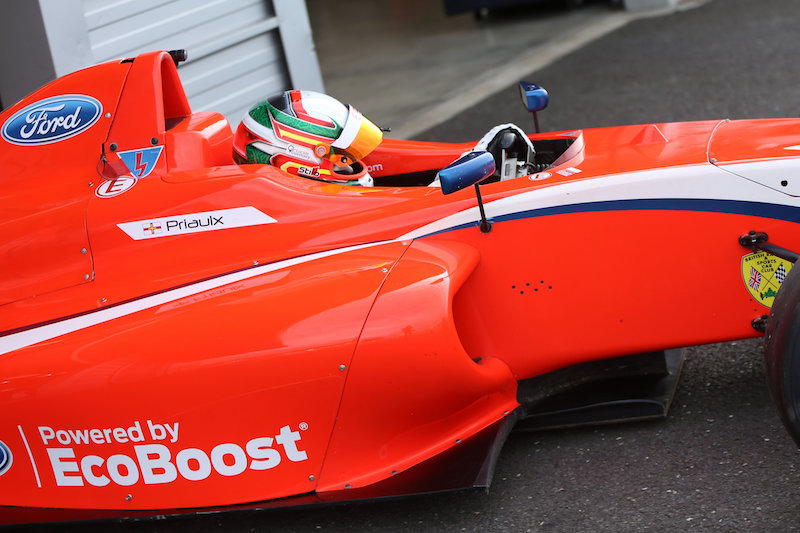 Seb Priaulx will move into single-seaters next year by contesting the British F4 Championship with Arden.

The son of three-time World Touring Car champion and current Ford GT racer Andy Priaulx steps up from the Ginetta Junior series, where he has raced for the past two seasons.

He battled for the title in 2017, ultimately finishing second to Tom Gamble.

He is the third driver already confirmed for an Arden seat in British F4 in 2018 after new Red Bull Juniors Dennis Hauger and Jack Doohan were placed at the squad, which ran Oscar Piastri to second place this year.

“It?s a prestigious series with manufacturer backing from Ford and with my Dad driving for the Ford GT team it?s really cool,” Priaulx said.

?To make the step up to single-seaters and race in British F4 is a real milestone in my career. It?s always been my aim to live the single-seater dream. Winning in British F4 opens doors and it is the starting point for Formula 1.

?Arden?s facilities are very impressive and all the staff are incredibly professional.

?When I visited the workshop I could get up close and personal with their Formula 2 cars. As a young driver it?s really inspiring to be able to see the next steps on the FIA single-seater pyramid right in front of you.

?Arden is a team that can take you from British F4 all the way up to Formula 2. They can give you the tools to succeed.?

Team boss Garry Horner said: ?We are delighted to have Seb joining our team at Arden. We have admired his dedication and ability throughout the previous season and are looking forward to a successful year in Formula 4.?