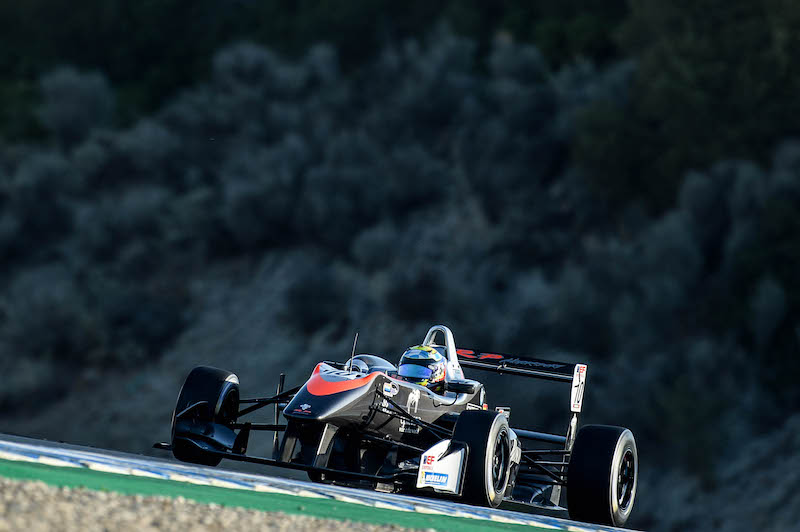 This year’s Euroformula Open champion Harrison Scott will miss this weekend’s season finale at Barcelona, with ADAC Formula 4 contender Felipe Drugovich coming in to replace him.

Scott, who sealed the title in Monza in Monza at the start of this month before taking two more wins at Jerez a week later, has been at Silverstone this week taking part in the assessment process for the McLaren Autosport BRDC Award.

His place in the #10 RP Motorsport car has been taken over by Drugovich, who has already been driving the car in official pre-event testing at Barcelona on Thursday.

The Brazilian driver narrowly lost out on the ADAC F4 title at Hockenheim last month with Van Amersfoort Racing, and made his Formula 3 debut with the same team in the European Championship at the same track a fortnight ago.

The Australian finished 13th in his first season of F3, with a singular podium at the Nurburgring.

Drivex racer Nikita Troitskiy topped both sessions, with the weekend’s other debutant Lorenzo Colombo an impressive fourth for Campos.