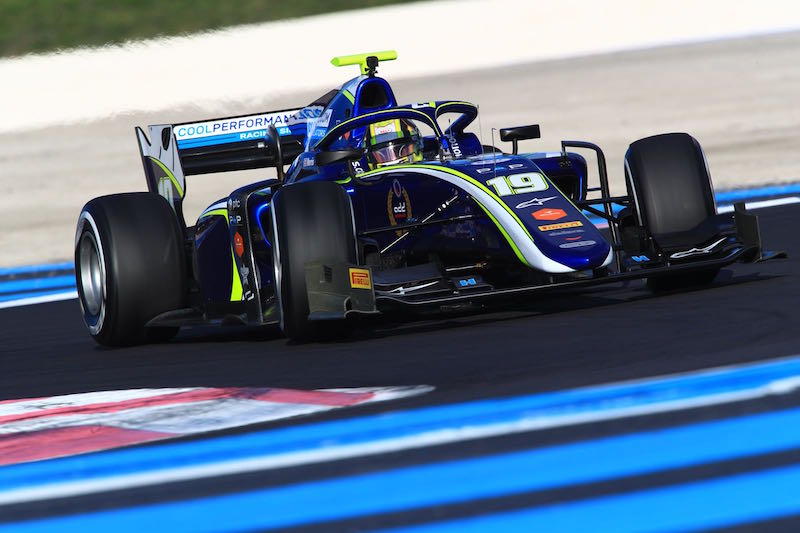 Lando Norris was fastest on the first full day of testing with the new-for-2018 Formula 2 car at Paul Ricard.

McLaren Formula 1 reserve Norris was quickest in both the rain-affected morning and dry afternoon sessions for series returnees Carlin.

His quickest time of the day was a 1m43.095s, which was just under two tenths quicker than Prema’s Nyck de Vries.

Norris’ team-mate Sergio Sette Camara was third quickest ahead of Luca Ghiotto, who has switched from defending champion team Russian Time to Campos Racing for this season.

Jack Aitken was seventh fastest ahead of the Arden duo of?Nirei Fukuzumi and?Maximilian Gunther, both running in the pink of new title sponsor BWT, which has followed Gunther from F3 to F2.

Williams F1 young driver Oliver Rowland, who was standing in at DAMS for the ill Nicholas Latifi,? rounded out the top 10.

Second fastest in the wet morning session was MP Motorsport’s new recruit Ralph Boschung: the Swiss driver found himself 12th in the afternoon, ahead of his fellow countryman Louis Deletraz for F2 rookies?Charouz Racing System.

Deletraz caused one of the numerous red-flag interruptions in the morning, along with Sette Camara,??Santino Ferrucci and Alexander Albon.

Albon. who is testing with DAMS, suffered a troubled day, as he spent the majority of his morning in the garage with an engine change.

Former Formula 1 driver Roberto Merhi was 16th quickest for MP Motorsport, and Renault F1 development driver Artem Markelov was slowest of all with no lap set on the slick tyres.