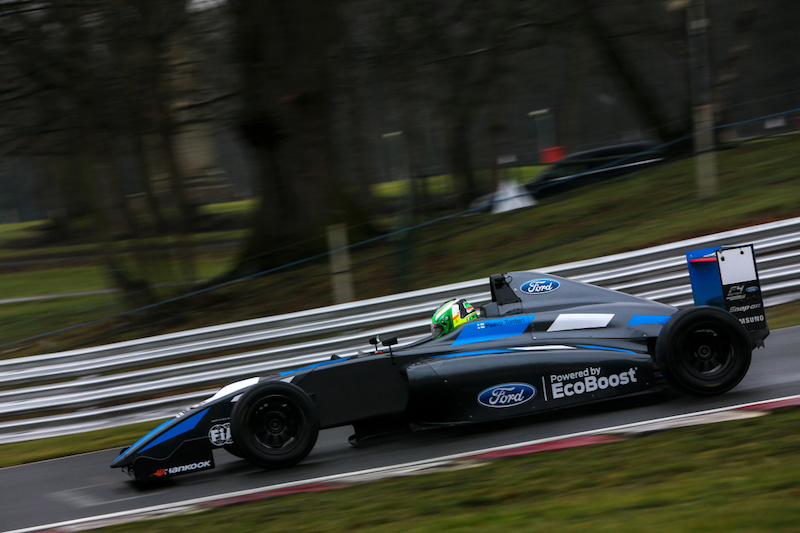 Like new team-mate Sebastian Alvarez, Tonteri makes the move into cars as part of the Infinity Sports Management stable that has also guided George Russell, Max Fewtrell and Logan Sargeant among others.

Tonteri finished fourth in the World Karting Championship in the senior OK class in both 2016 and 2017.

After multiple titles in his native Finland, he was German champion in 2016, and last year came third behind Dennis Hauger and David Schumacher.

?I?m really happy to join Double R as they are certainly one of the best teams in the UK,? said the 18-year-old Tonteri.

?Racing with Double R will take me further as a driver and hopefully I can take them further as a team as well. Double R has a great philosophy of racing, and with great people around me I?m very excited for the new season.?

Team boss Anthony Hieatt added:??Paavo really is a great young talent, his record from karting speaks for itself and we?re confident he?s going to adapt to British Formula 4 very quickly and be a competitive driver.

?It?s a tough championship for any youngster, especially in their first season, but from what we?ve seen so far Paavo looks set for a strong year.

“With Paavo joining Sebastian we?ve already got a great young line-up with one driver still to confirm!”

That final driver is expected to be Ginetta Junior graduate Kiern Jewiss, who topped the first official test at Brands Hatch last month.