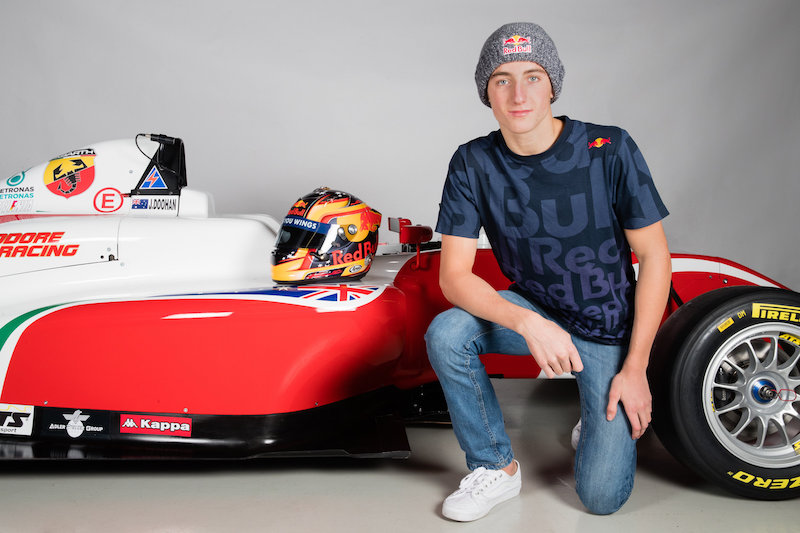 Jack Doohan will race for Prema in selected rounds of the German and Italian Formula 4 championships this year alongside his programme in the British series.

He will take part in five events for Prema across the German and Italian championships, where the team will be running Enzo Fittipaldi, Gianluca Petecof and Olli Caldwell on a full-time basis.

Removing rounds that clash with his British F4 commitments, Doohan would be available for five of the seven rounds of the German ADAC series, and three of the seven Italian rounds.

?I?m really looking forward to being part of the Prema team as a Red Bull Junior Driver in some rounds of the ADAC and Italian F4 championships,” he said.

“To drive for a team as well-respected and successful as Prema in 2018 is something I could have only dreamt of at the start of 2017 when I arrived in Europe to compete in karts.

“My experience gained in karts from the age of eight has provided me with a solid foundation, but it?s now time to take my motorsport career to the next level.?

Prema boss Angelo Rosin added:??It will be really interesting to work with Jack, who will make his first steps in single-seater racing this year.

“Coming from such a high-profile background in motor racing, I?m sure he will adapt himself really quickly to the new environment.

“The goal for him is to increase his mileage and experience so to prepare for a high-profile step up in 2019.?