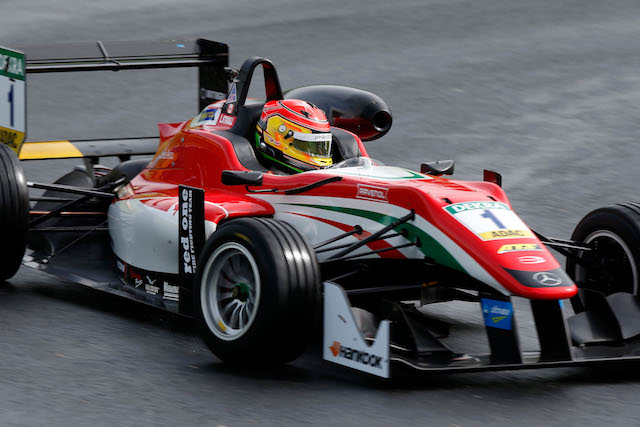 Lance Stroll laid down a marker for the 2016 FIA Formula 3 European Championship by claiming pole position for the first race at Paul Ricard.

While the positions behind varied wildly on a drying track, Stroll held first place for a while at the end of the session, working down to a time of 1m24.209s to score his maiden pole.

His Prema team-mate?Nick Cassidy was 0.076 seconds slower in second place, while SMP Formula 4 champion?Niko Kari was a stunning third on his F3 debut and Red Bull Junior Team debut with Motopark.

HitechGP were poised to live up to pre-season predictions that they will be Prema’s closest rivals with?George Russell and?Ben Barnicoat sitting second and third respectively before being relegated to fourth and fifth.

Mikkel Jensen took sixth for Mucke Motorsport ahead of Kari’s team-mate?Sergio Sette Camara and Prema driver?Maximilian Gunther. Another Motopark driver?Joel?Eriksson was ninth while?Alessio Lorandi was the best Carlin driver in 10th, falling from second place in the closing stages.

All four Van Amersfoort Racing drivers were outside of the top 10 and in reverse order to what might have been expected. F4 graduate?Harrison Newey was 12th, one spot ahead of Formula Renault convert?Anthoine Hubert with double Brazilian F3 champion?Pedro Piquet 15th. Second-year European F3 driver?Callum Ilott languished down in 18th of the 21 drivers.