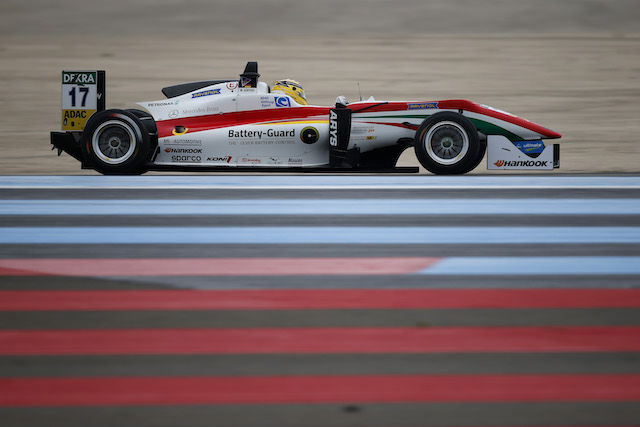 Now on a dry track after the earlier rain, the German driver set a best time of?1m20.829s, just 0.017 seconds ahead of?George Russell.

Gunther – who was only eighth in the first session – was also quickest on second-fastest times to claim his first two poles in F3 and lock out the three poles over the weekend for Prema.

Russell claimed a pair of second-places at the start of the HitechGP team’s first full season.

Having managed only 18th in the first session,?Callum Ilott?was seventh fastest in Q2, and fourth on second-best times ahead of Jensen, Aron and?Ben Barnicoat.

Barnicoat was eighth fastest in front of race one pole-sitter?Lance Stroll, who will start down in ninth and eighth for the later two races.?Anthoine Hubert beat fellow Van Amersfoort Racing driver?Harrison Newey to 10th.

After his stunning third place in his maiden F3 qualifying session earlier in the day,?Niko Kari?could only muster 16th place, one position behind?Alessio Lorandi?who was still the best of the four?Carlin drivers.