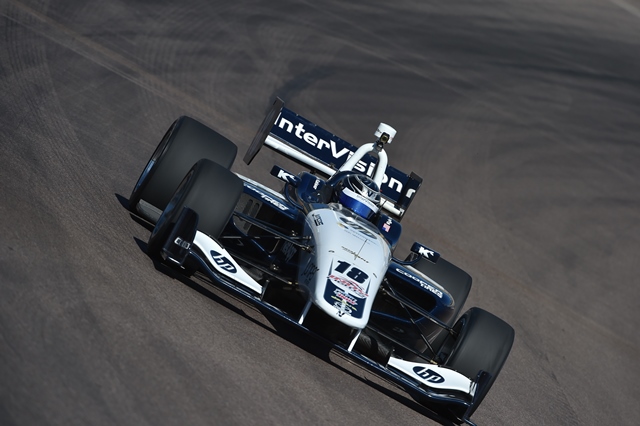 Currently second in the championship, Kaiser secured pole position early on in the session with a two-lap average of 167.852 miles per hour, or 21.9167 seconds. The two-lap average was seven miles per hour and nearly a whole second faster than the old record.?He’ll start on the front row of the grid next to?Ed Jones of Carlin.

Fourth in the championship,?Scott Hargrove qualified just outside the top ten, starting 11th next to?Shelby Blackstock.

St. Petersburg winner?Felix Rosenqvist?was only 13th-fastest in his first competitive oval qualifier for Belardi Auto Racing, ahead of Juan Piedrahita?in 14th,?and SPM fourth driver?Heamin Choi, making his first start of 2016, was 15th and slowest of the cars who set a time in qualifying.

Zach Veach failed to set a time after a crash late in the second practice session, and will start 16th and last tomorrow for Indy Lights’ first race at Phoenix International Raceway since 2005.