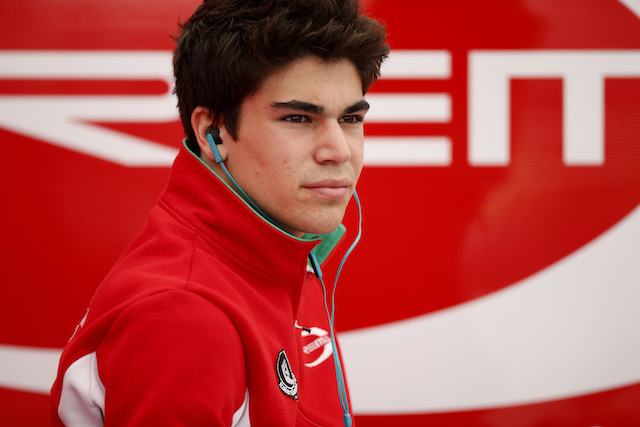 Hitech drivers?George Russell and?Ben Barnicoat led the first group?ahead of Prema’s?Maximilian Gunther, but Stroll was able to set a quicker pace in the second group, working his way down to a 1m21.832s on his final lap, compared to Russell’s 1m22.154s

Stroll was 0.366s quicker than team-mate?Nick Cassidy, who will line up third on the grid between Russell and Barnicoat.

Callum Ilott came into qualifying after topping both practice sessions, held in similar conditions, but after spending the first?part of the Group B session in the pits, he could only salvage fourth on his penultimate lap.

That puts him seventh on the grid behind Van Amersfoort Racing team-mate?Anthoine Hubert – a four-time winner in Pau before getting to F3?- and Gunther.

Niko Kari was the best Pau newcomer, fifth in Group B and will start ninth?behind?Red Bull and Motopark stable-mate?Sergio Sette Camara, with?Ryan Tveter securing 10th as the quickest Carlin runner.

Hungaroring winner?Ralf Aron was only seventh in Group A, putting him 14th on the grid, directly ahead of fellow rookie?Joel Eriksson, who sits third in the standings.

David Beckmann, making his F3 debut after turning 16, was slowest in Group B, but that puts him 19th of the 21 drivers on the grid.

Pierre Gasly flies to pole for GP2 opener in Barcelona