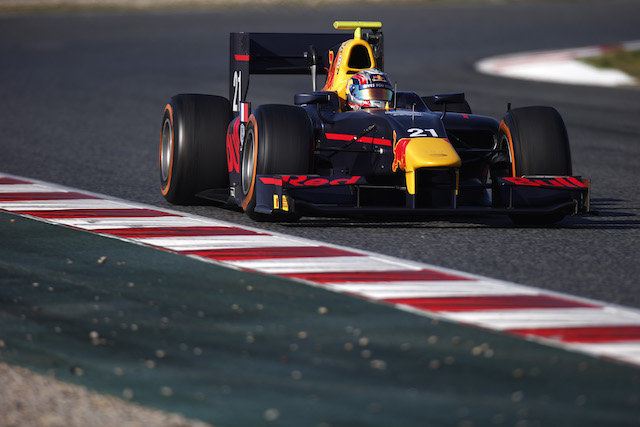 Pierre Gasly?showed Prema will be right on the pace in its maiden GP2 campaign by setting the pace in the first practice session of the season at Barcelona.

The quickest times were set early in the session, with Gasly – working with Stoffel Vandoorne’s former ART engineer Guillaume Capietto this year – outpacing his ex-DAMS team-mate?Alex Lynn by 0.104 seconds.

Antonio?Giovinazzi was the top rookie in the second Prema car in seventh ahead of?Honda protege?Nobuharu Matsushita (ART), Formula Renault 3.5 champion?Oliver Rowland (MP Motorsport) and GP3 graduate?Marvin Kirchhofer, who’s been joined at Carlin for the opening event by veteran?Sergio Canamasas.

Mitch Evans had a low-key start to any potential title bid with his new team Campos, managing only 15th place.