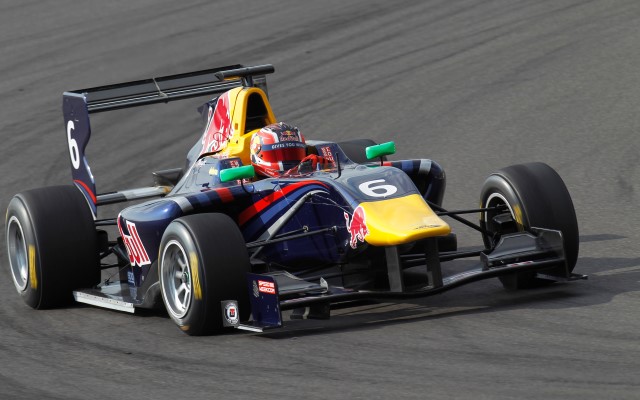 Daniil Kvyat topped the times in the GP3 free practice session at the Hungaroring.

Exactly one week after his Formula 1 test debut with Toro Rosso last Friday afternoon at Silverstone, the Russian youngster managed a best time of 1m33.448s.

He dethroned Lewis Williamson, the Scot ending up 0.28 seconds off Kvyat’s pace. Conor Daly was third ahead of ART team-mate Jack Harvey.

Robert Visoiu edged out Giovanni Venturini for P5, with both drivers yet to score a point since their reverse grid wins in Valencia and Silverstone respectively.

The last of the three ART drivers and Nurburgring winner Facu Regalia was seventh. The Argentine topped the in-season test at the Hungaroring earlier in the year.

David Fumanelli was eighth fastest, ahead of Aaro Vainio, who held top spot for a while before slipping to ninth. Alex Fontana completed the top ten.

Tio Ellinas, who leads the championship and is the only driver to have scored in every race so far this season, was 17th.

Bird demoted to fifth on Hungary feature grid for impeding