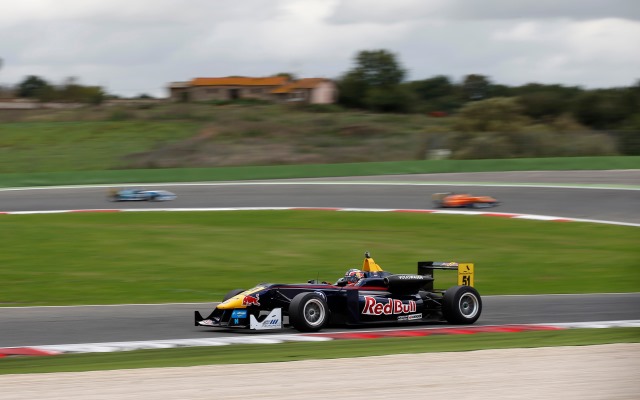 The first of the two sessions was a quiet affair as it began with a wet track after an earlier downpour. Kvyat did four laps and posted the quickest time of a 1m40.884s, 0.06s ahead of Dennis van de Laar who did 15 laps.

Felix Serralles was third with Sven Muller and Tom Blomqvist the last two men within a second of Kvyat’s time.

The circuit was dry enough for slicks in the second session, with Lynn quickest after not posting a time in the first session. His time of 1m39.457s was ten seconds off the benchmark of Raffaele Marciello in Friday’s testing.

Harry Tincknell was fourth with van de Laar near the front again in fifth. Eddie Cheever and Jordan King were next up ahead of title rivals Marciello and Felix Rosenqvist. Pipo Derani completed the top ten.

Abbott and Rudd surprise in FFord qualifying at Brands Hatch

Marciello on top in both qualifying sessions at Vallelunga