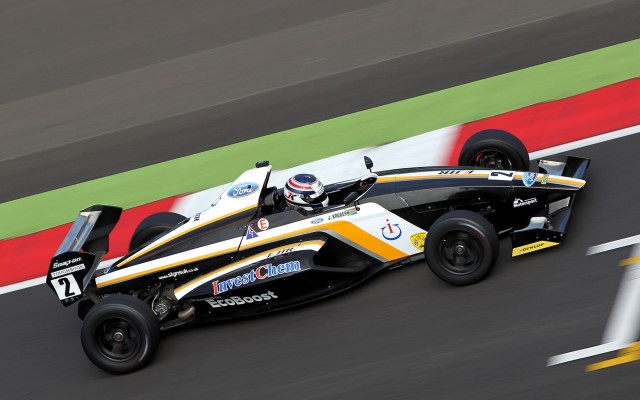 Jayde Kruger came out on top in a closely fought qualifying session for the penultimate Formula Ford round at Silverstone.

The South African racer languished further down the order for much of the session having been delayed by a puncture, but worked his way to the front once he returned to the track.

He ended up 0.055 seconds clear of rival and championship leader Harrison Scott, with Ashley Sutton having to settle for third, just 0.003s further back.

Kruger came just 0.005s short of matching his best time on his final effort, putting him top of the second-fastest times and thus clinching a double pole. Sutton will join him on the front row for race three ahead of Scott.

Max Marshall and James Abbott completed the top five for both main races, ahead of Ricky Collard and Louise Richardson. Richardson will start sixth, ahead of Collard, for race three.