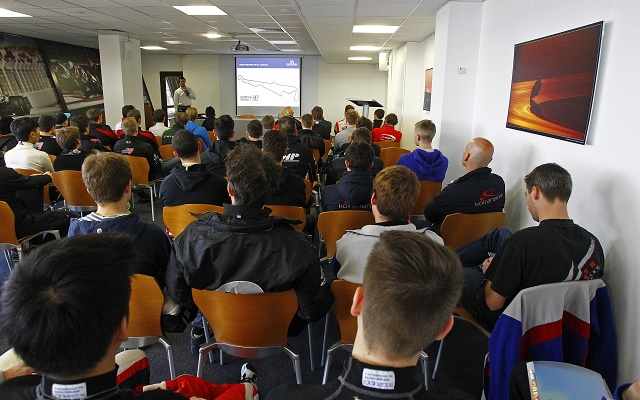 World Series by Renault have unveiled a 25-car entry list for the first Eurocup Formula Renault 3.5 pre-season test of 2015.

The two-day event, which will take place at Le Mans, will be the stage for 22 confirmed FR2.0 entrants and three drivers who are yet to finalize their 2015 plans.

All three will run for Strakka Racing, whose Eurocup signing Charlie Eastwood will only take to the track on Wednesay.

The day before, Strakka are instead set to field reigning Formula Ford GB champion Jayde Kruger. French F4 podium finishers Valentin Hasse-Clot and Max Defourny will do the full program in the two other cars, with the latter expected to race in the NEC series this season.

Reigning champions Koiranen will be present with all of their confirmed signings – Anton De Pasquale, Jake Hughes and Jack Aitken. Martin Kodric and Ben Barnicoat will run with Fortec on both days, with Callan O’Keeffe and Luke Chudleigh only expected to test on Wednesday.

Tech 1’s confirmed trio – Anthoine Hubert, Simon Gachet and Hugo de Sadeleer – will each be doing the full schedule. Amaury Richard and James Allen of fellow French team ARTA will also be testing on both days.

ART Junior Team, who are yet to name any of their 2015 drivers in the Eurocup or NEC, are set to miss the test entirely.