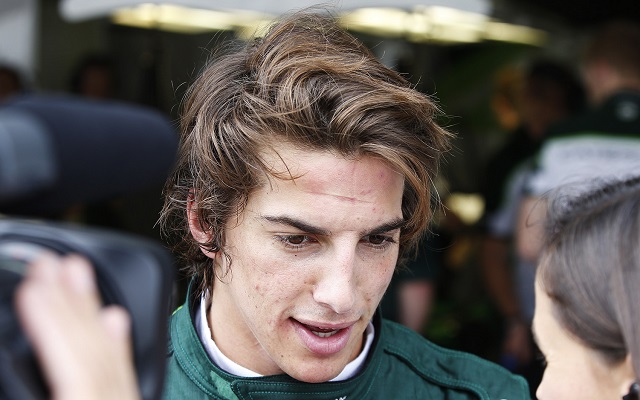 Third in Formula Renault 3.5 last year, Merhi last week signed to continue in the same series in 2015 for Pons Racing, but he will now get to compete in his first F1 races following three practice sessions with Caterham last season.

Merhi was the European F3 champion in 2011 before an unsuccessful couple of seasons in the DTM with Mercedes. After his future looked in doubt, he made an impressive return to single-seaters last year in FR3.5 with the unfancied Zeta Corse team.

He won three races and became fellow Spaniard Carlos Sainz’s nearest rival for the title until the final round.

?I am incredibly excited to be making my Formula 1 debut with Manor Marussia F1 Team in Melbourne this weekend,? said Merhi, who will compete in “the opening rounds” of the season.

?It is a big responsibility but I feel ready to make this step in my career and to show that I can make an important contribution to developing a team.?

Additionally, GP2 rookie?Jordan King has been announced as a development driver for the team. His father, former supermarket boss Justin, is Manor’s new chairman.

“It is fantastic to welcome Roberto and Jordan to the team,” said team principal Booth.

“Not only are they very talented young drivers with exciting futures ahead of them, they have also been ‘graduates’ of Manor Motorsport in the junior formulae, which is obviously very rewarding for us, given that the development of young talent is an important part of our philosophy.”

King added: “I am obviously over the moon to be joining Marussia as a development driver. This is such an exciting project, full of great people and with a real chance of success. This is another great step closer to my ultimate goal of racing in Formula 1.”