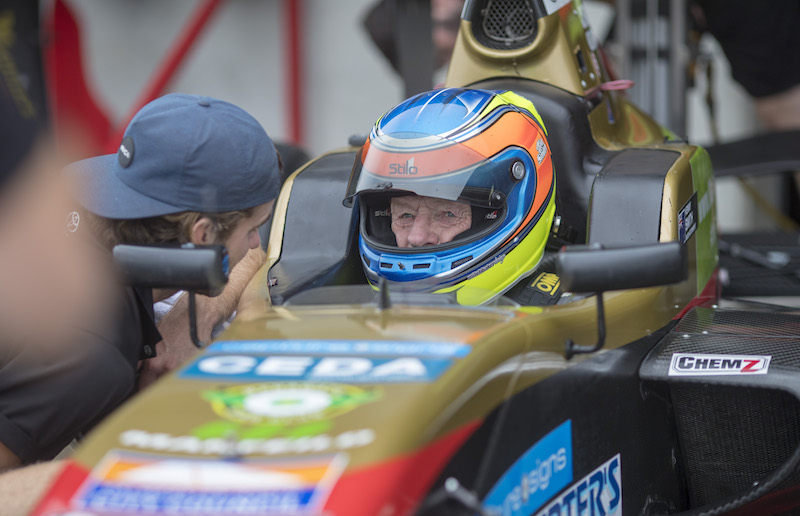 New Zealand motorsport legend Kenny Smith will return to the Toyota Racing Series again this weekend at Manfeild as he aims to win his fourth New Zealand Grand Prix.

This year’s attempt will prove especially important for Smith as he goes up against his current protege: championship leader Liam Lawson.

?It is still just as exciting and just as much of a privilege it has always been to take part in the grand prix and I still treat it how I have for the past 47 years and more,? explained Smith.

?My aim is always to be as competitive as I can be and to drive as hard as I can against some fantastic drivers and this year is no different.

?What?s particularly exciting for me is to be competing in a field with two great young Kiwi drivers. Liam is a truly exceptional driver. A racer for whom winning is everything. He?s a bit old school in that regard and he has the talent to go all the way, no question. He?s got to improve a bit on his arm wrestling though, I can still beat him at that.

?Marcus [Armstrong, Lawson’s title rival] too is a very talented driver, I?ve watched him develop since his karting days and he, like Liam, is destined for great things. In my mind their battle and their rivalry has lifted both of them to exceptional heights in this championship.?

Smith’s first NZ GP victory came in 1976 when the race ran to F5000 rules, and was also the year of Smith’s only in-era NZ F5000 title. He still races in F5000 now, setting the outright lap record for Hampton Downs two weeks ago.

The second of his three wins came in ’90 in a Formula Pacific Swift, with the final victory occurring another 14 years after that in ’04, when the race used Formula Ford machinery.

Stirling Moss, Jack Brabham, Craig Baird and Nick Cassidy are also three-time winners of the NZ GP, although none have come close to the 48 attempts and counting Smith has made at the event so far.

Smith’s other achievements include three Penang GP victories, two Selangor GP victories and one Malaysian GP win, as well as an MBE for his services to motorsport he recieved in ’88.