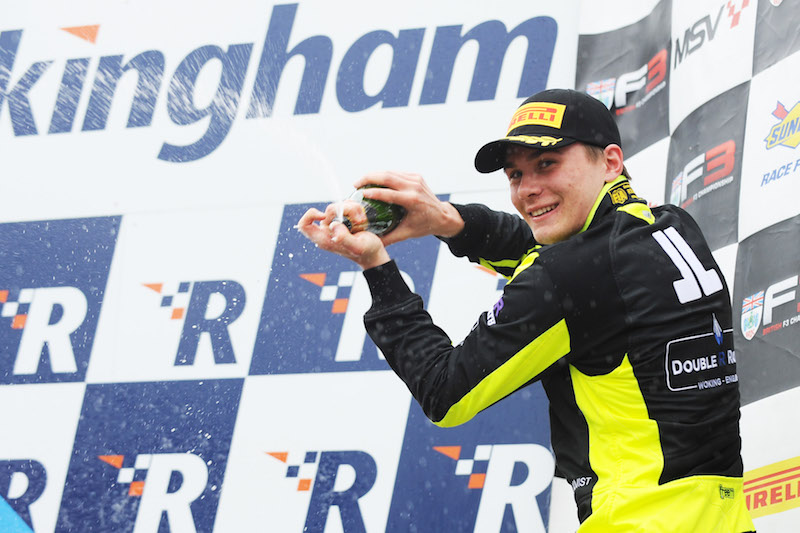 The Swede will be making his debut in the championship and returning to a single-seater for the first time since the post-season GP3 test in Abu Dhabi in December, while former Formula Renault Eurocup star Defourny and British F3 race-winner Chadwick are separated by 18 points at the top of the MRF Challenge standings.

Lundqvist said the opportunity came about through Anthony ‘Boyo’ Hieatt, whose Double R Racing team has run Lundqvist for the past two seasons and who assists the operation of the MRF series.

“The MRF Challenge drive was very spontaneous, I got a call from Boyo a few days ago wanting me to check if I could get a Visa for India and now here I am!” Lundqvist told Formula Scout.

“I haven?t really been preparing especially for this weekend, mainly because it was such a late decision. But I think after Daytona I?m a bit up to speed already, just need to get back into the single-seater mind again.”

Lundqvist’s title-winning F3 campaign last year meant he also won the Sunoco Challenge, the prize for which was a drive in a Lamborghini Huracan GT3 car in the Daytona 24 Hours sportscar race.

“Obviously Daytona was super impressive and a race I will take with me for the rest of my life and career,” he said

“It gave me my first ever endurance race experience. It might be difficult to say directly how much it has given me [career-wise] right now but I?m sure it improved me as a driver and taught me a lot.”