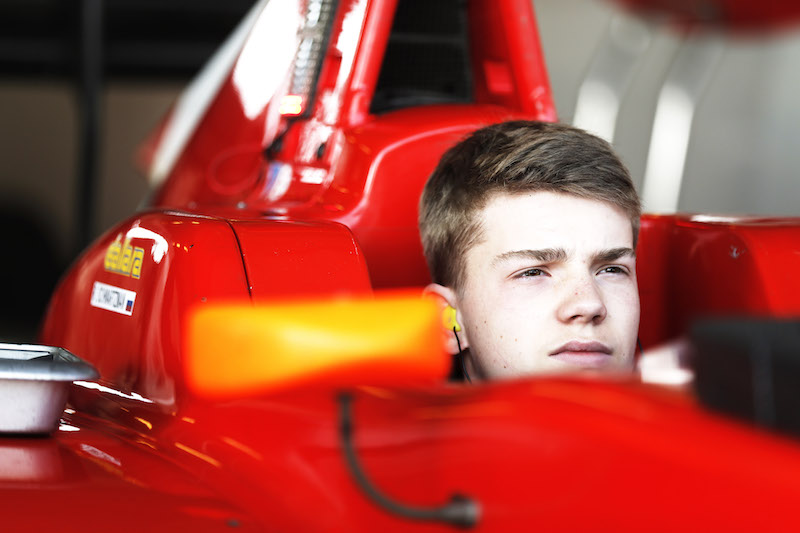 Prema has finalised its line-up for the FIA Formula 3 Championship with the official announcement that Ferrari junior Robert Shwartzman will move into the new series with the team.

Shwartzman finished third in the 2018 European F3 standings with Prema following his victory in the final race at Hockenheim, where he indicated to Formula Scout that he was likely to move to the new category and remain with the Italian outfit.

He is joined in the Prema line-up by two other converts from European F3: his fellow Ferrari academy colleague Marcus Armstrong and ex-Force India protege Jehan Daruvala.

“I’m delighted to continue my relationship with Prema Racing,” said the 19-year-old, who is also backed by SMP Racing.

“I really found great chemistry with the team especially in the final part of the season. It’s great to be part of the family and I feel particularly at ease.

“Our goal is to win the championship and I’m sure that Prema has the potential to fulfill that goal.”

Shwartzman will finally race on the Formula 1 support bill for the first time after initially testing a GP3 car with Koiranen at the end of 2016, between his two Formula Renault campaigns.

He finished third in the 2017 Eurocup before winning the Toyota Racing Series title 12 months ago.

“We are elated to retain Robert for the 2019 season,” said Prema boss Rene Rosin.

“He has huge talent and sheer speed so we think he can be one of those men who make the difference in motorsport.

“We are looking forward to seeing him at work in the new environment, which will give our drivers an occasion to thrive and enhance their skills and experience. “