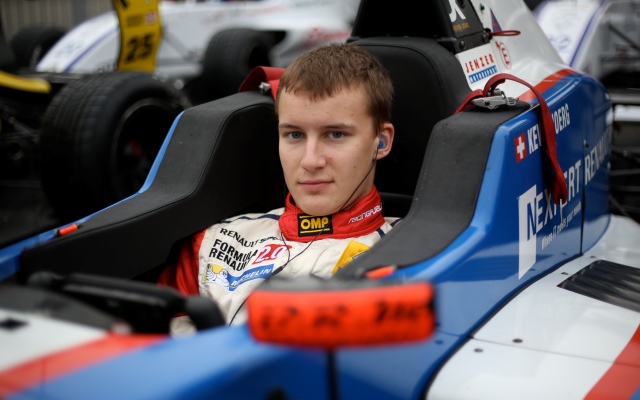 Josef Kaufmann Racing has finalised its 2014 Formula Renault driver line-ups, with Kevin Jorg completing their trio for the Eurocup.

The Swiss driver joins the earlier-announced Ryan Tveter and Gustav Malja, and switches to Kaufmann after contesting the 2013 season with Jenzer Motorsport.

The 18-year-old claimed a best result of ninth but enjoyed a stronger campaign in the Alps series, where he scored three podiums and finished up fourth in the standings.

Jorg previously competed in Formula Abarth for Jenzer in 2012, finishing sixth, and took part in the Formula BMW Talent Cup in 2011.

Kaufmann has also confirmed that Tveter, Malja and Louis Deletraz will represent the team in the NEC.

Bonifacio, Olsen and Villemi to race for Prema in Eurocup