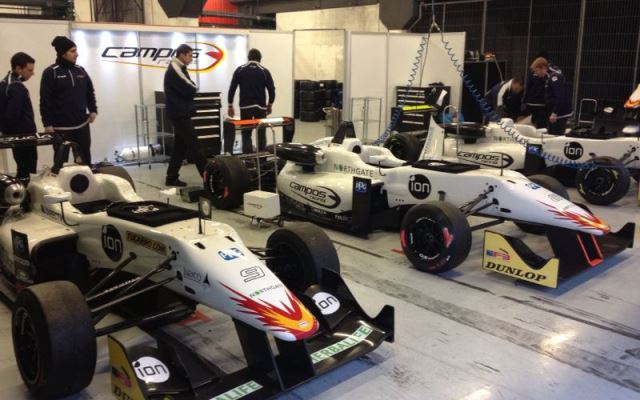 The 16-year-old Spaniard achieved much success in his karting career, including the championship title of WSK Euro Series KF3 and second place in CIK-FIA European KF3 Championship, beating other single-seater newcomers for 2014, including BRDC F4 driver George Russell and Toyota Racing Series campaigner Martin Kodric. He tested with Campos earlier in the winter and impressed the team.

While Palou will race for the team in the Winter Series, Valeria Carballo is reportedly working on raising the budget in order to finalise her deal with the team for the regular season. The Venezuelan is aiming to contest her third year in the championship and her second with Campos Racing after finishing 12th in 2013.

Palou will race alongside Sean Walkinshaw and Konstantin Tereshchenko, who were revealed by the team previously as full-time drivers.

The 2014 F3 Open Winter Series commences on 15-16 February at Jerez, with four test sessions each day, and continues with race weekends at Paul Ricard and Barcelona in March.