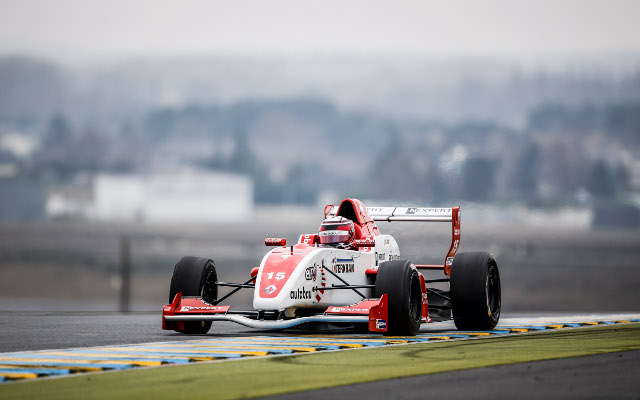 Kevin Jorg and Martin Kodric topped the Friday running ahead of the penultimate round of the Eurocup Formula Renault 2.0 season at Le Mans.

Jorg came out on top in a late sort-out at the end of the afternoon session, following two red flags, posting a 1m33.667s.

The Swiss driver, who is currently second in the standings, led the two drivers either side of him in the title race.

Jack Aitken was 0.073s down in second while championship leader Louis Deletraz was 0.093s back in third.

Kodric – fresh from his maiden podium in race two at the Nurburgring – topped the morning session with a time nearly two and a half seconds slower than the afternoon pace.

He was 0.243 seconds ahead of Aitken in second, with Hubert third.

D’Agosto was again fourth ahead of Sasahara, Jorg and Deletraz.