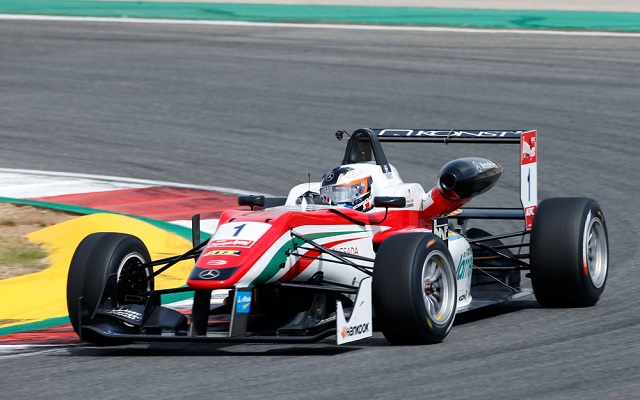 Ilott, currently 15th in the standings, edged ahead of fellow Britons George Russell and Jake Dennis by one tenth each, while Nabil Jeffri and Markus Pommer were less than two tenths behind as well.

Sam MacLeod brought a third Motopark car into the top six and he was closely followed by title contenders Rosenqvist and Charles Leclerc.

Fresh from taking third in the Masters of F3, Sergio Sette Camara was ninth, while Prema’s mid-season recruit Nick Cassidy rounded out the top ten.

Prema showed improved pace in the second session with the duo of Rosenqvist and Stroll four and two tenths respectively clear of Pommer.

Cassidy and Leclerc set identical times of 1m21.938s in fourth and fifth respectively, ahead of Russell and Jeffri.

Harald Schlegelmilch, driving the new ArtTech P315 car with ArtLine Engineering, had a quiet start to the weekend as the slowest driver in both sessions.