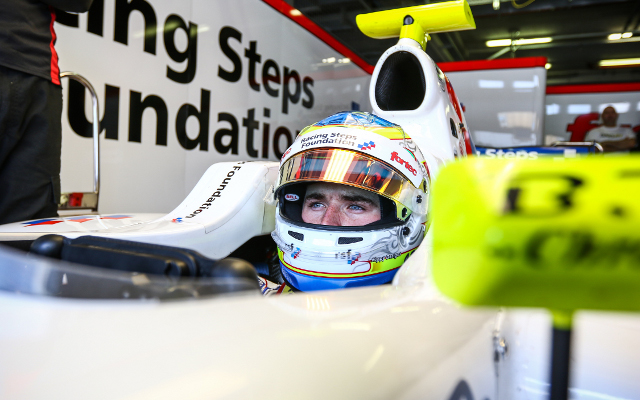 Formula Renault 3.5 points leader Oliver Rowland finished up over seven tenths of a second clear of the field in the first of Friday’s sessions at Le Mans, ahead of a weekend where he can secure the title.

It was Rowland’s rival Matthieu Vaxiviere who led almost the entire second half of the 50-minute session, before Rowland hit the top inside the final five minutes.

Having already been four tenths up, he then nearly doubled that advantage with his final effort after the chequered flag, a 1m22.791s.

Rowland takes a 50-point advantage over Vaxiviere into the penultimate round of the season, meaning that maintaining that advantage is likely to be enough to wrap up the title.

Vaxiviere could only improve upon his own benchmark by three thousandths of a second in the closing stages of the session but was safe in second place.

Tio Ellinas, fresh from a win in each of the previous two rounds earlier this month was third, seven thousandths ahead of Dean Stoneman.

Andre Negrao adapted quickly to his first time back in an FR3.5 car for nearly two years as his father’s Draco team’s only driver for this weekend. The GP2 regular was fifth fastest, and the last driver within a second of Rowland.

Nikita Zlobin rounded out the 19 drivers on his debut for Pons.

ArtLine F3 car to debut at Nurburgring with Schlegelmilch