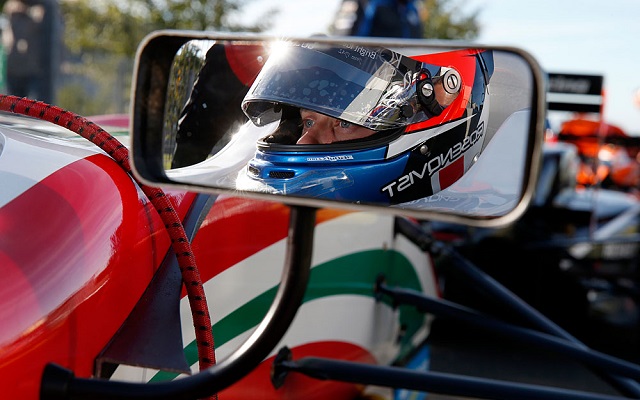 Felix Rosenqvist claimed pole position in the first European F3 qualifying session at the Nurburgring, as his title rivals only managed fifth, sixth and seventh.

As usual the last one out on track, Rosenqvist took the lead from Charles Leclerc around halfway through but was soon demoted to second by Nick Cassidy.

The Kiwi kept the lead for the following couple of minutes but Rosenqvist then moved back into first with his penultimate lap.

Although Cassidy himself managed to beat his previous time as well, he found himself down in third behind George Russell.

Being the only one to improve on his final lap, Rosenqvist secured his pole with a 1m21.126s ahead of Russell and Cassidy, while Callum Ilott ended up in an impressive fourth after spending the entire?session with the frontrunners.

Russell had indicated prior to the session that he may have to take a grid penalty for an engine change, but this is still to be confirmed.

Jake Dennis was fifth fastest but still edged ahead of Leclerc and Antonio Giovinazzi, the Italian more than half a second slower than Rosenqvist.

The top ten was completed by Mikkel Jensen and the Motopark duo of Markus Pommer and Sergio Sette Camara.

Felix Serralles, who is replacing Kang Ling at Mucke Motorsport, was 24th on his return to the series. The German team is down to four cars this weekend with the absence of Maximilian Gunther.