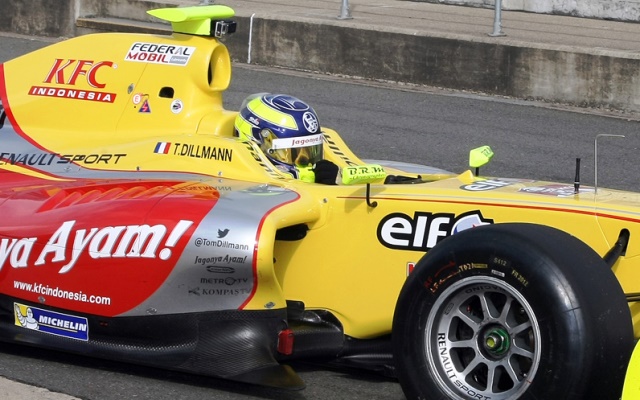 Tom Dillmann set the pace in the second of Friday’s sessions at his home Formula Renault 3.5 round at Le Mans.

The Carlin-run Frenchman went to the top of the times at the halfway mark of the 50-minute session with a time of 1m22.733s, inside Oliver Rowland‘s benchmark from the morning.

Dillmann improved again by four tenths of a second with five minutes to go and remained at the top of the order, as the session was brought to an early halt by a red flag.

Nyck de Vries was seventh ahead of series returnee and sole Draco entry Andre Negrao, while Sean Gelael and Beitske Visser rounded out the top 10.