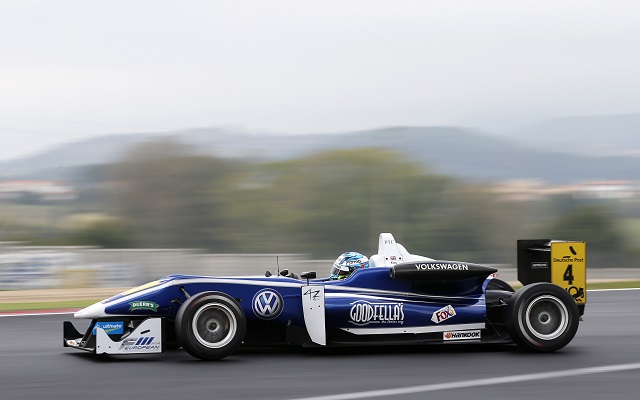 While series rookies Max Verstappen and Esteban Ocon were among the most prominent leaders early on in the session, it was King who rose to the occasion in the closing stages, ending up one tenths ahead of the Frenchman.

King’s teammate Jake Dennis, who beat the reigning British F3 champion to the Formula Renault 2.0 NEC title in 2012, was third, less than a hundredth ahead of another Carlin driver Tom Blomqvist.

Antonio Giovinazzi made it four Carlin cars in the top five, ahead of 2013 FIA F3 runner-up Felix Rosenqvist and Verstappen.

Expected frontrunners Antonio Fuoco and Lucas Auer were only 11th and 12th respectively, while Florida WS star Nicholas Latifi wound up sidelined for the most of the session due to a car fire.