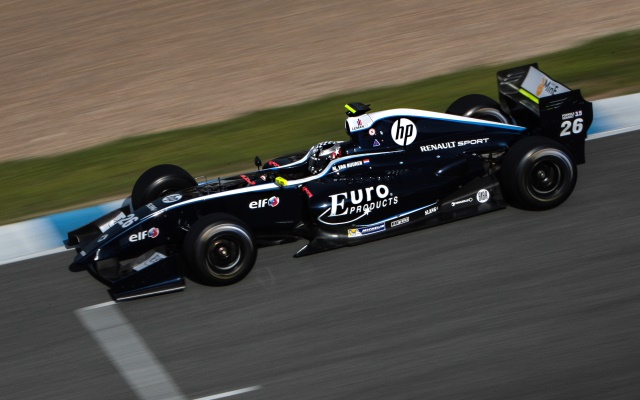 Meindert van Buuren will race in Formula Renault 3.5 this year for Pons, it has been confirmed.

The Dutchman has tested with the Spanish squad over the two pre-season tests at Motorland Aragon and Jerez, and becomes the first driver signed by Pons ahead of the opening round of the season at Monza next weekend.

Van Buuren finished ninth in Auto GP in 2013, claiming a best race result of second at Donington Park. He previously spent two years in Formula Renault 2.0, claiming one podium in the NEC.

“It’s super cool that I get this opportunity,” said the 19-year-old. “I’m really looking forward to the opening weekend at Monza next week.

“I have in Pons a highly professional team and encountered a pleasant working environment. We will now build on the foundation we have laid in the intensive testing programme in recent weeks. My goal is a top ten position in the championship.”

Team boss Emilio de Villota said: “We are very pleased with the arrival of Meindert. He is still young, but has already shown a lot of his talent.

“In the test sessions this winter he made ??a lot of progress and had a studious attitude. We are happy to contribute to the further development of his potential. I am convinced that Meindert is going to be among the best rookies this year.”

18 of the available 26 seats on the Formula Renault 3.5 grid have been filled ahead of next weekend’s opening round.