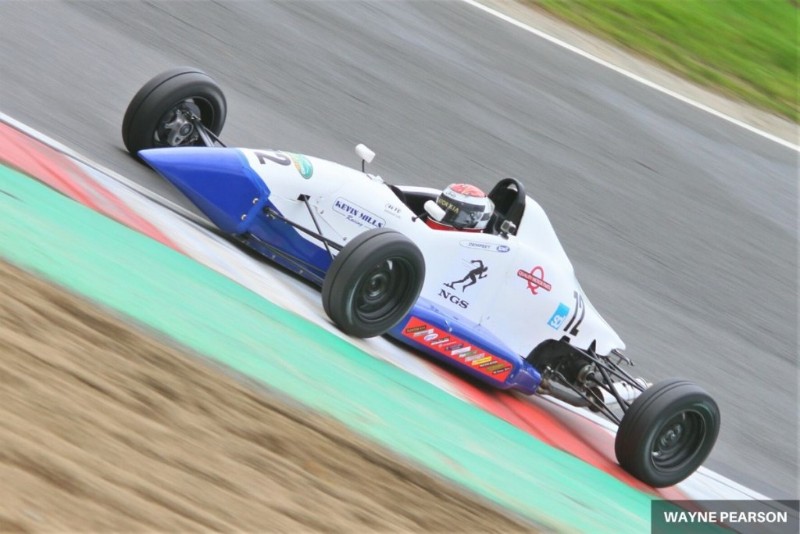 Jordan Dempsey took victory in the disrupted second Walter Hayes Tropy semi-final by passing Rory Smith on the run to the finish line.

Kevin Mills Racing driver Dempsey got a better start than polesitter Smith to lead into the first corner, and was able to build a gap between himself and the chasing pack headed by Smith and Julian Van der Watt.

Dempsey?s lead was soon nullified as the safety car came out on lap three after a brake issue for B-M Racing’s Tom McArthur. Moments before, Van der Watt had passed McArrhur’s team-mate Smith for second place.

After the safety car came in, Dempsey was able to make an early break from Van der Watt and Smith and held a steady gap until a second safety car period on lap eight of 12 when Thomas Cappezzone, Callum Grant and Michael Macpherson came together at Copse.

The second restart did not work as well for Dempsey, as both Smith and Van der Watt were able to get past into first and second respectively.

Smith had the lead going into the final lap but Dempsey charged past Van der Watt and then out-dragged Smith out of the final corner to take victory by 0.014 seconds.

David McArthur (B-M) came home in seventh, holding back Don Hardman Racing’s Joey Foster who had started from 26th on the grid.