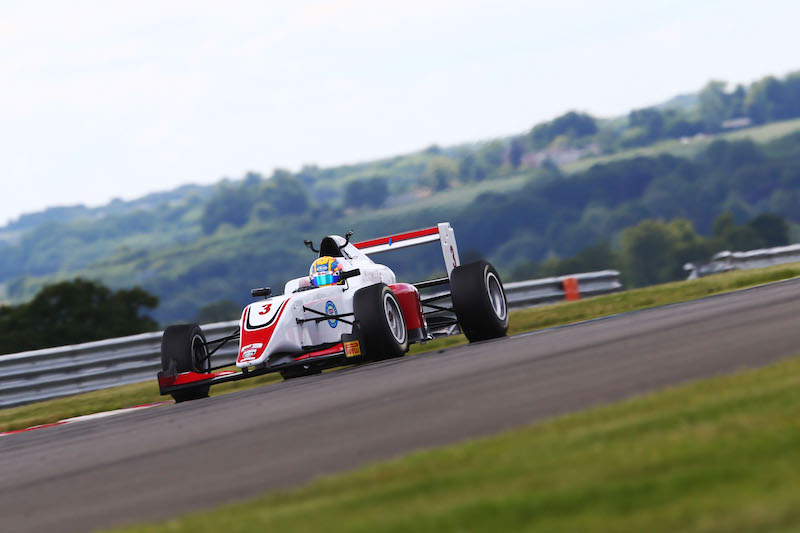 Championship leader Clement Novalak and Carlin team-mate Kaylen Frederick, as well as Hoggard’s Fortec Motorsports team-mate Manuel Maldonado swapped times at the top of the order in the early part of the session, before Hoggard set a time half a second quicker than anybody else.

The early pacesetters, as well as Chris Dittmann Racing’s Ayrton Simmons and Douglas Motorsport’s Kiren Jewiss, soon closed in on Hoggard?s time, with Simmons and Jewiss both edging out the Fortec driver.

The times were close in the final minutes of qualifying, with Simmons just 0.04 seconds ahead of Jewiss, when Hoggard improved again, setting a 1m25.007s to put himself four tenths of a second clear of the rest of the field.

Others continued to improve, but nobody could knock Hoggard off the top spot.

Frederick jumped back up to second with his final lap of the session, just 0.062s slower than Hoggard. Simmons took third, ahead of Novalak and pre-event test leader Ulysse de Pauw.

Sasakorn Chaimongkol and Maldonado took sixth and seventh ahead of Jewiss, Niel Verhagen, and Benjamin Pedersen.