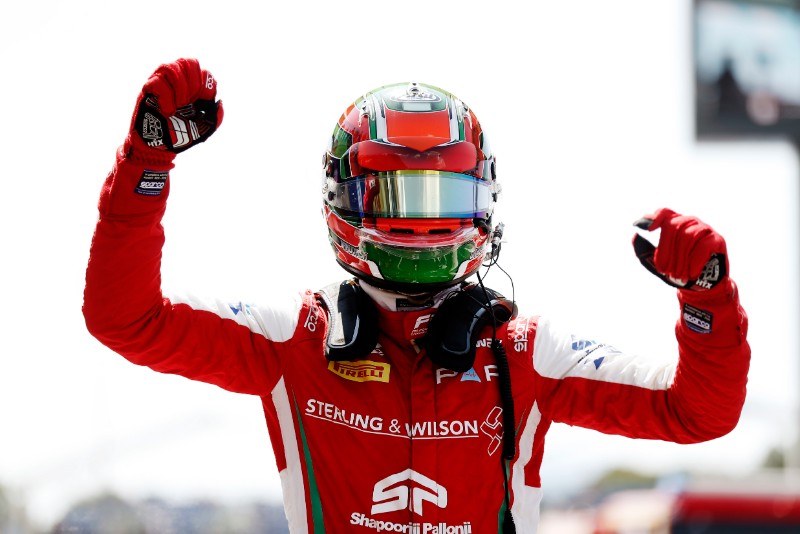 The Indian made a poor start to the race, and slotted in behind HWA Racelab’s poleman Jake Hughes and Trident’s Pedro Piquet.

By the time Daruvala had found a way past Piquet, Hughes was more than two seconds ahead of the rest of the field, but Daruvala rapidly closed the gap. He passed the Englishman on lap nine of 20, and?was unchallenged for the rest of the race.

As his team-mates Robert Shwartzman and Marcus Armstrong battled with Hughes and Piquet for the remaining podium positions, Daruvala came home to finish 2.805 seconds ahead of the rest of the field.

Hughes struggled to stay ahead of the Prema pair, but defended well and was able to stay with the two Ferrari Driver Academy members when they passed him late in the race.

In the closing laps of the race, Hughes tried to make a move past both Shwartzman and Armstrong, but made instead made contact with Armstrong and was sent into a spin. Both drivers fell backwards, allowing Piquet to come back through to take the final podium position.

Hitech GP’s Juri Vips kept the pressure on Piquet to the final lap, but the Trident driver managed to hold on to take his first podium of the season. Bent Viscaal took fifth ahead of Armstrong, and took HWA’s best finish yet.

As well as Hughes, there were several other high profile retirees. Title contender Christian Lundgaard started towards the back after a difficult qualifying, and managed only a single race lap before returning to the pits with suspension issues on his ART Grand Prix car.

Vips’ team-mate Leonardo Pulcini and Teppei Natori both retired after Pulcini tapped the back of the Carlin driver. Pulcini pitted for a nose change and was able to get back out, but returned to the pits soon after.

These clashes led to some fortuitous finishing positions for some drivers, and it’s Campos Racing’s Alex Peroni who benefits most, gaining sprint race pole as a result of finish eighth. He was sadwiched by Red Bull juniors Yuki Tsunoda (Jenzer Motorsport) and Liam Lawson (MP Motorsport).

ART’s David Beckmann won the tight battle for the final points paying position, passing Andreas Estner and Logan Sargeant on the final lap. Trident?s Devlin DeFrancesco had spent most of the race battling for the position before retiring with a puncture two laps before the chequered flag.