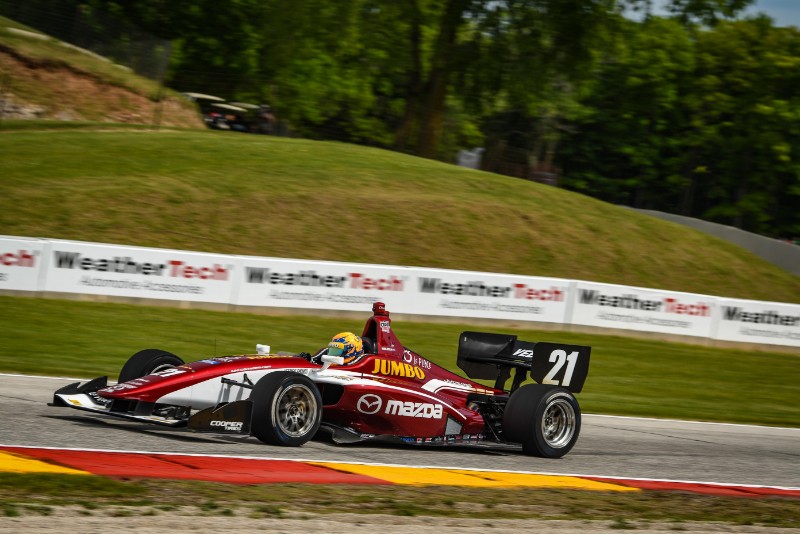 The Juncos Racing driver set a 1m54.0541s lap, putting him a quarter of a second clear of Andretti’s Ryan Norman, who will be making his IndyCar test debut with the team at Mid-Ohio in the week after the Road America round.

Norman’s team-mates Oliver Askew and Robert Megennis were closely matched in third and fourth, with 0.0129s between the pair. They were both over six tenths off the pace.

The point for pole given to VeeKay means Askew’s championship lead has been cut to 10 points.

In fifth place was VeeKay’s team-mate Dalton Kellett, who put in his best non-oval qualifying performance since the opening Toronto race in 2017, 30 races ago.

Belardi Auto Racing pair Aaron Telitz and Lucas Kohl were sixth and seventh, with Telitz making his second appearance of the season after his surprise championship return at the Freedom 100.